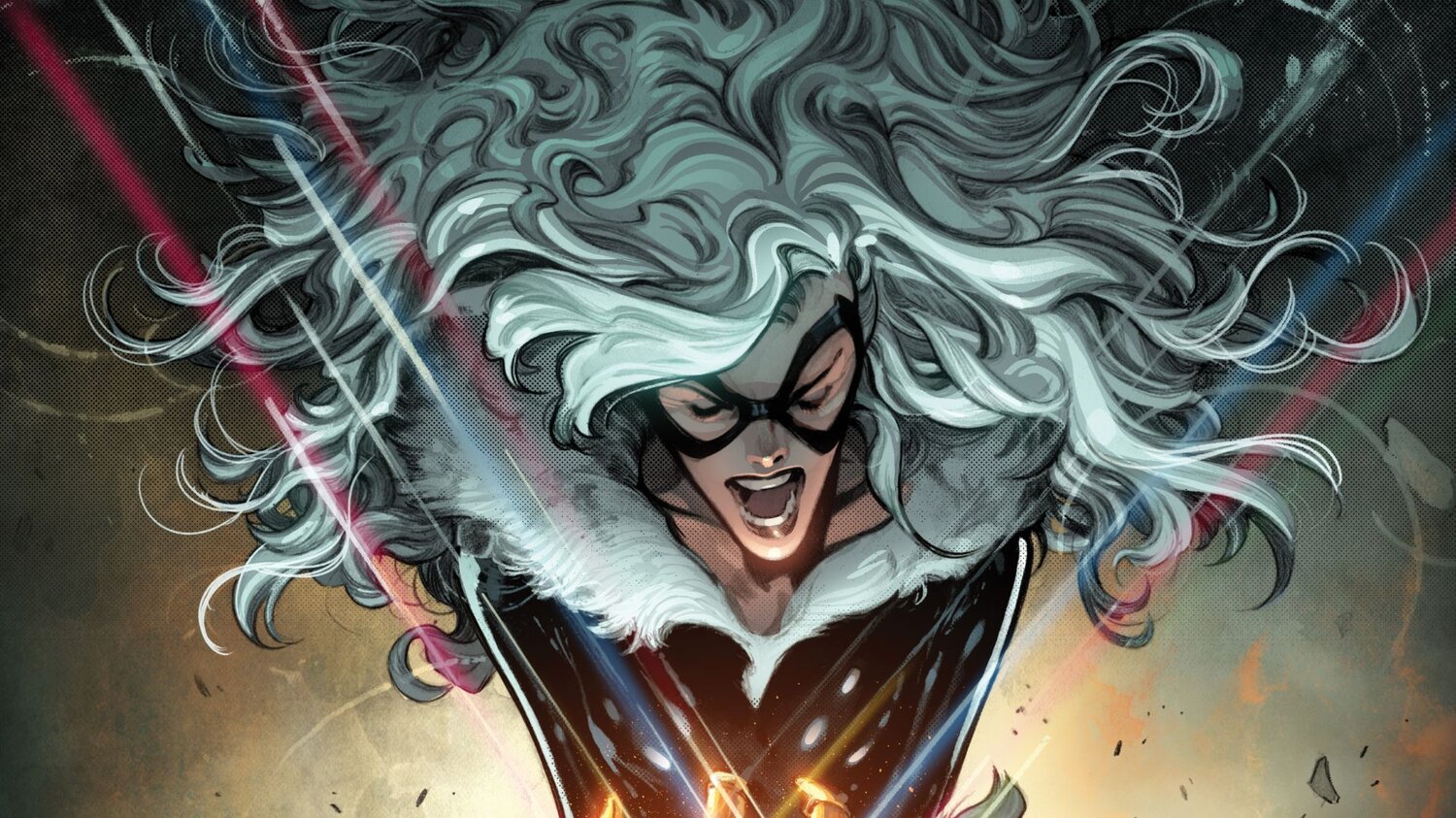 Yet another Marvel character is set to wield the mighty Infinity Gauntlet this summer in the new story event “Infinite Destinies.” The event will run across eight Annuals this June, but that doesn’t mean things aren’t gearing up now. In Pepe Larraz’s cover for Black Cat #8, we see Felicia Hardy donning the gauntlet. What’s the worst that could happen? Black Cat #8 is written by Jed Mackay and features art by C.F. Villa.

The truth about the Infinity Stones will come to light this summer in INFINITE DESTINIES! Shown last week at the ComicsPro retailer event, Pepe Larraz’s cover for BLACK CAT #8 reveals that someone new is trying to get their hands on the most important artifacts in the Marvel Universe. Felicia Hardy’s next heist will be for none other than the Infinity Stones, and she won’t be the only character seeking to wield their power. The INFINITE DESTINIES event will run through a series of eight Annuals this June but the titanic clash for the stones is heating up now in the pages of Jed MacKay’s hit run on BLACK CAT. And the aftermath will have major repercussions on the series moving forward!

Felicia Hardy- the BLACK CAT- gets tangled up with the INFINITY STONES, some of the most dangerous prizes in the universe. Felicia may be the most accomplished jewel thief on the planet, but when those jewels hold the power of the cosmos, it’s a whole new ball game. Felicia is in a race against the others who would seek to control the stones for their own ends- like NICK FURY (and a secret someone you won’t see coming!). Who can cross the world’s most dangerous men, wrangle a pack of villains hopped up on fragments of infinite power, (hopefully) get the job done and look great all the while? The BLACK CAT, that’s who!

You can check out Larraz’s cover and some of the interior art down below. What do you think is going to happen in “Infinite Destinies” and Black Cat #8?