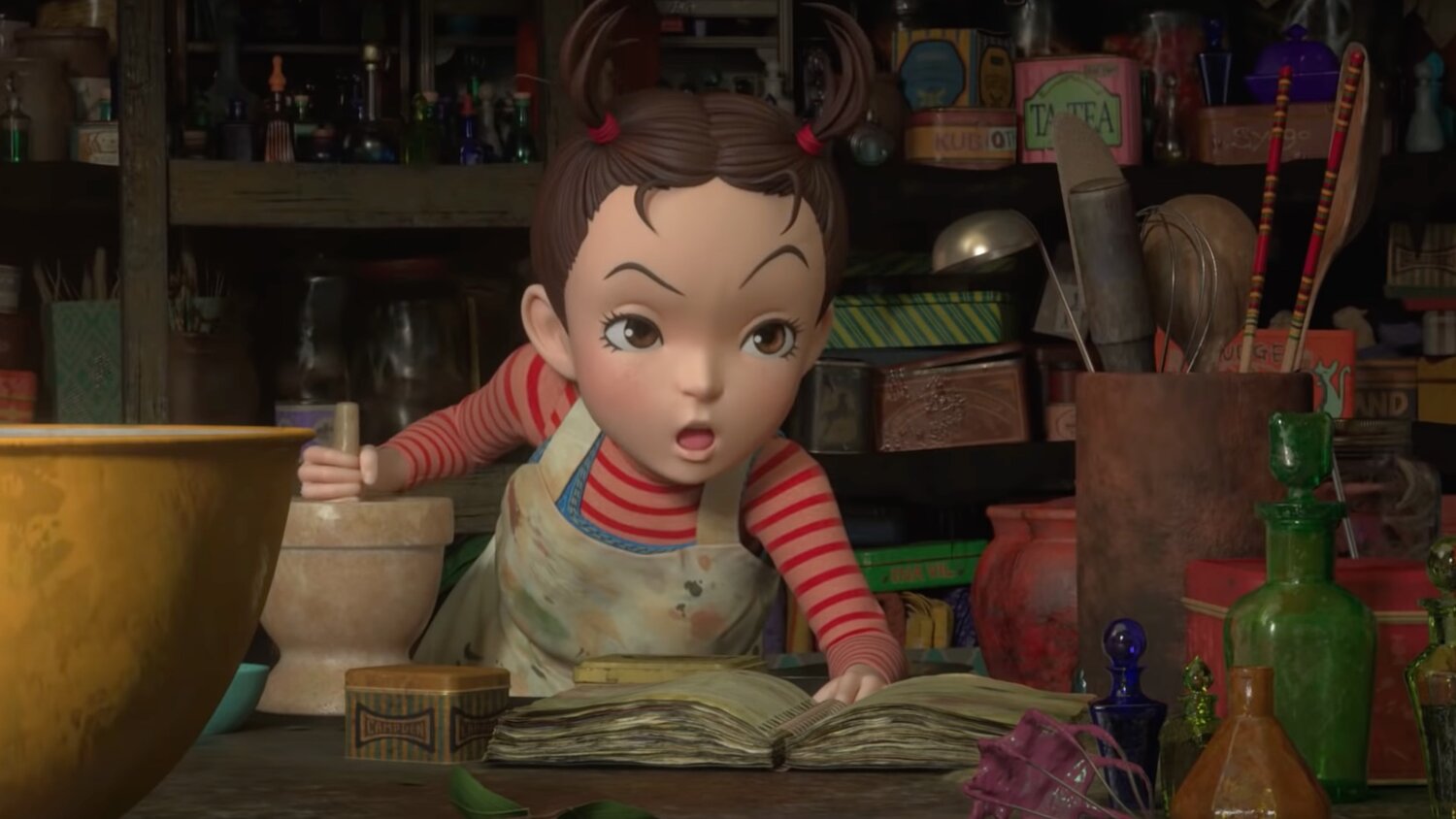 GKids has released the English-language trailer for Studio Ghibli’s first CG animated feature film, Earwig and the Witch. This looks like the kind of wonderful and adventurous story that we can always expect from Studio Ghibli, but it’s in CG. I actually like the look; it’s interesting and cool seeing their unique animation style brought to life this way.

The film is inspired by Diana Wynne Jones’s book of the same name. The story follows “a headstrong orphan named Earwig who lives with a selfish witch but then embarks on a journey meets her mother who has magical powers. Upon her trek, Earwig discovers a world of spells and potions and a mysterious song that may help her in finding her lost family.”

The official description for the film reads:

Most orphanages are horrible, but Earwig has a surprising amount of power over everyone at St Morwald’s Home for Children, and loves it there. The last thing she wants is to be adopted by the very strange Bella Yaga, demon-attended Mandrake, and talking black cat Thomas. Earwig wants to learn magic, but will need all her ingenuity and help from a familiar to survive. Expressive big eyes, twisty mouths, on stick figures flesh out the characters, action, and ravens and spiders adorn the margins.

The movie was directed by Goro Miyazaki (From Up on Poppy Hill and Tales from Earthsea). The movie will be released in the U.S at some point in 2021.