The Lowdown: English singer-songwriter Elvis Costello has about three dozen studio LPs under his belt (including collaborations), yet he’s never lost his inimitable knack for crafting scornful witticisms, tender ballads, catchy-as-hell rockers, and everything in-between. Likewise, his skill at working within multiple genres while both modernizing his sound and staying true to his distinguishing DNA is virtually unmatched by his peers or proteges. In other words, he’s always staked out his own path within the realm of popular music, and with Hey Clockface, he continues that legacy. It doesn’t rival his greatest LPs — not that anyone expects it to — but it’s a surprisingly wide-ranging and substantial venture that reveals how much creative spark and ability is still there after all these years.

The follow-up to 2018’s wonderful Look Now, Hey Clockface is a brighter and more diverse affair overall. That said, it feels at home alongside it thanks, in part, to the return of producer Sebastian Krys (as well as producer Michael Leonhart and recorder François Delabrière). It was fashioned in Paris and New York, and whether intentionally or not, it conveys the sort of rich romanticism and expansive experience for which both cities are known. In the official press release, Costello remarks: “I sang live on the studio floor, directing from the vocal booth. We cut nine songs in two days. We spoke very little. Almost everything the musicians played was a spontaneous response to the song I was singing.”

Speaking of those players, his “Le Quintette Saint Germain” troupe were enlisted by pianist Steve Nieve (the only Imposter to return from Look Now) and is filled out by Mickaél Gasche on horns, Pierre-François ‘Titi’ Dufour on cello, Ajuq on drums/percussion, and reed player Renaud-Gabriel Pion. Together, they set out to create music that’s “vivid, whether the songs demanded playing that was loud and jagged or intimate and beautiful,” as Costello puts it. Undoubtedly, they achieve precisely that.

The Good: To quote Costello one last time, “Oh, I just don’t know where to begin.” The sheer range on display is the biggest draw, I suppose. The first proper song (more on what that means in a moment), “No Flag” instantly evokes Costello’s classic punk/new wave edge. Beyond that, it sounds a bit like a quirkier and more playful sibling to The Stooges’ “Search and Destroy”, with hints of psychedelic mania and pop-rock melodies thrown in for good measure. Later, “Hetty O’Hara Confidential” is similarly driving but also quite fun, with glimmers of classic XTC and Radiohead’s In Rainbows in terms of its warmer timbres and punchy beats, respectively. There’s “Hey Clockface / How Can You Face Me?”, too, which injects a Randy Newman-esque slice of bouncy eccentricity and sing-along joy.

Elsewhere, he provides lovingly gentle introspections like the dreamily acoustic “They’re Not Laughing at Me Now”, the jazzily noirish “I Do (Zula’s Song)”, the darkly sparse “The Whirlwind”, and the sobering piano ballad “Byline”, whose faint harmonies make it a heartbreaking conclusion. Perhaps most commendably and intriguingly, though, are the spoken-word performance pieces. Opener “Revolution #49” is an arid and somber narrative in which Costello waxes poetic about how “Life beats a poor man to his grave/ Love makes a rich man from a beggar” on top of seductive yet mysterious Moroccan instrumentation. In contrast, “Radio Is Everything” is emptier and sadder, as if he’s channeling the downtrodden confessionalism of recent Nick Cave. As such, Hey Clockface is among his most multifaceted sequences.

The Bad: Despite that majority of variety, a few tunes walk too similar a path, so not every track is as individualized and pressing as others. Specifically, “The Whirlwind” and “The Last Confession of Vivian Whip” — as good as they are separately — resemble each other too much. Similarly, “What Is It That I Need That I Don’t Already Have” travels the same downtrodden road but isn’t as charmingly nuanced as either of those entries. Also, the penultimate “I Can’t Say Her Name” is a touch too by-the-numbers compared to the gems that surround it. These are the few flaws that stick out.

The Verdict: Hey Clockface is a terrific record and a testament to the investigational cleverness of Elvis Costello. After all, how many other artists who’ve been around this long and who’ve toyed with so many different styles can still surprise and satisfy almost as much as they did when they first broke out? From start to finish, the album does a great job of capturing the nostalgia and wisdom of age without losing sight of the youthful tenacity and outspokenness that’s always made him unique. Backed and guided by some other truly talented folks, Costello’s latest is another pleasingly characteristic and weighty addition to his already illustrious legacy. 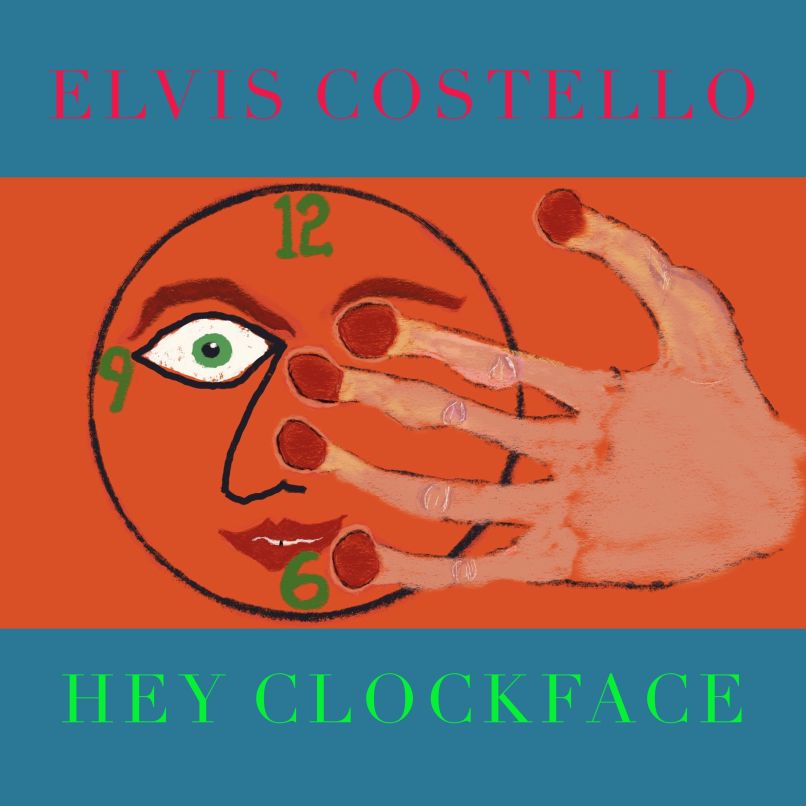