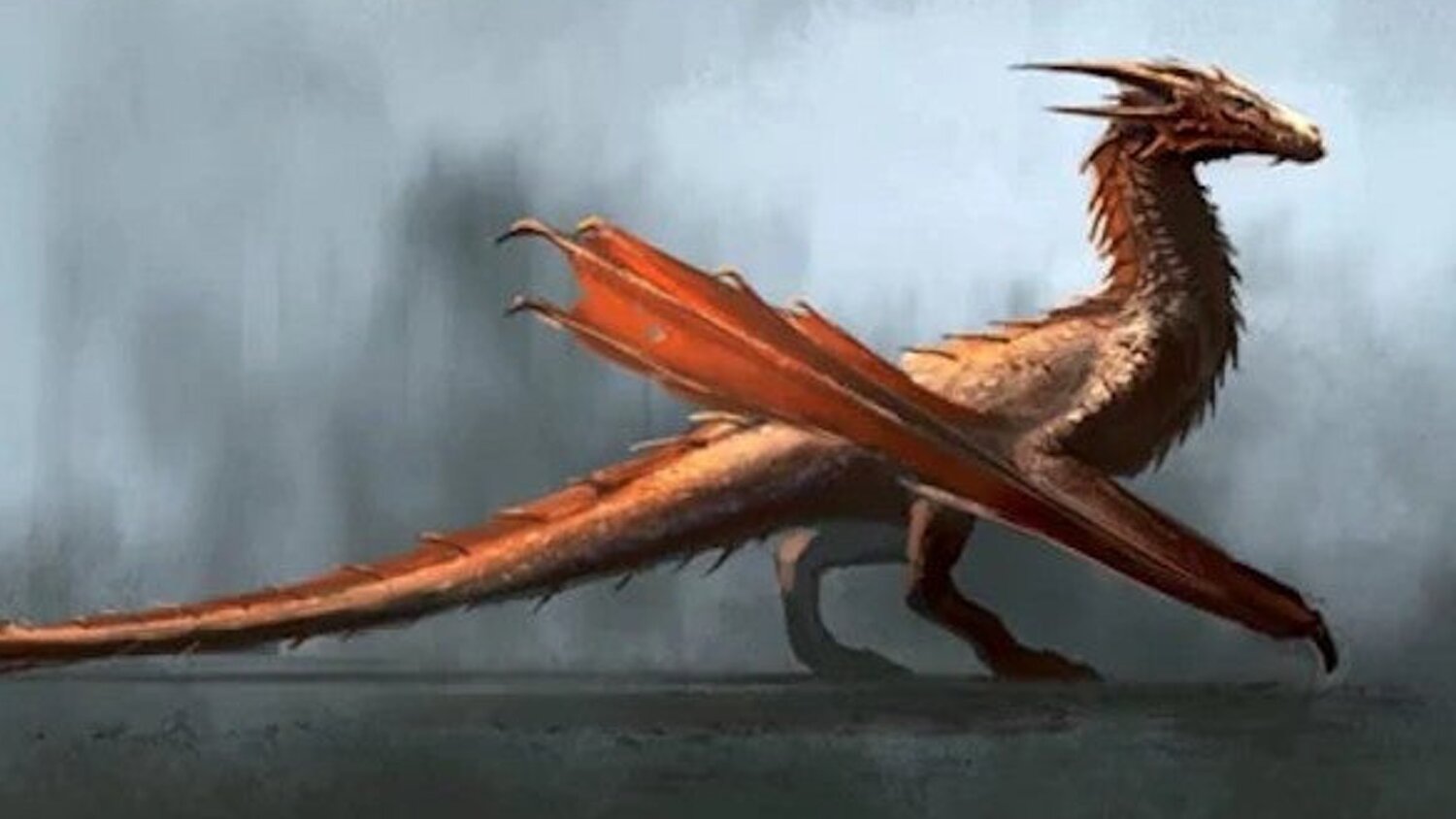 Some new concept art has been shared for HBO’s Game of Thrones spinoff series House of the Dragon giving us our first look at a dragon from the story. The images were shared by WarnerMedia CEO Jason Kilar.

The series is inspired by George R.R. Martin’s Fire & Blood novel, and the story is set 300 years before the events of Game of Thrones and tells the story of House Targaryen. The story is said to lead up to and eventually chronicle the house’s civil war, known as the legendary Dance of the Dragons, which was “a massive civil war in the Seven Kingdoms held between two rival branches of House Targaryen.”

The story that the series is telling was initially told in Game of Thrones Season 5, when young Shireen Baratheon read a book about the Targaryen conflict and described the war to her father Stannis:

“It’s the story of the fight between Rhaenyra Targaryen and her half-brother Aegon for control over the Seven Kingdoms. Both of them thought they belonged on the Iron Throne. When people started declaring for one of them or the other, their fight divided the kingdoms in two. Brothers fought brothers, dragons fought dragons. By the time it was over, thousands were dead. And it was a disaster for the Targaryens as well. They never truly recovered.”

The script for the pilot episode is being written by Ryan Condal (Colony) and frequent Game of Thrones director Miguel Sapochnik will direct the pilot and additional episodes. There will be ten episodes total in the first season.