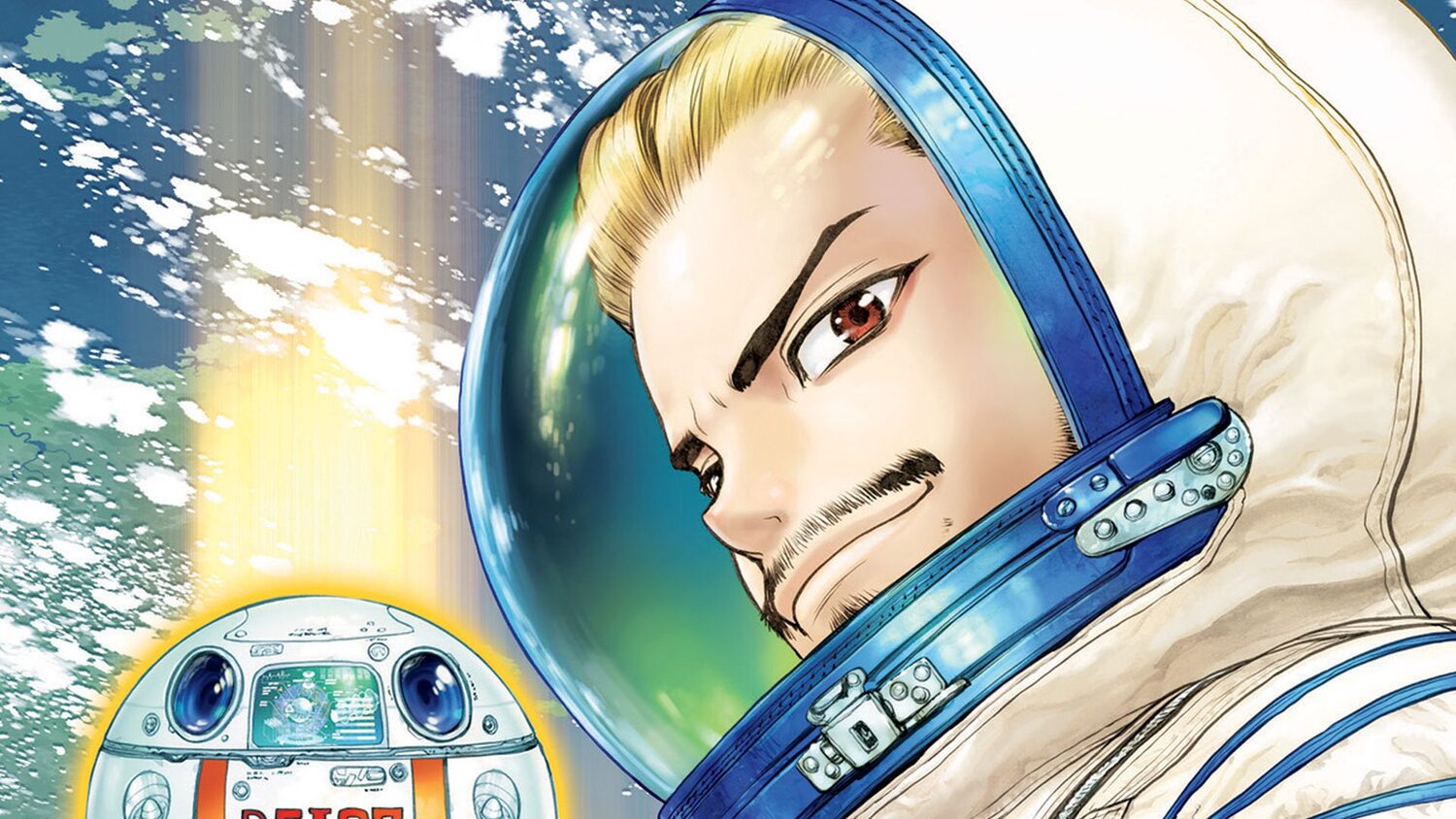 Dr. STONE is a very popular manga and anime with over 8 million copies in circulation worldwide. Now, the series is getting a standalone side story that follows Senku’s father and his team on the International Space Station. This new manga series is called Dr. STONE Reboot: Byakuya and both the story and the art come from Boichi who also worked on the original series.

Join Senku’s father Byakuya on his adventure in space as the world turns to stone!

One fateful day, all of humanity turned to stone. Many millennia later, Taiju frees himself from the petrification and finds himself surrounded by statues. The situation looks grim—until he runs into his science-loving friend Senku! Together they plan to restart civilization with the power of science!

Learn what happened when the world turned to stone in this special side story to Dr. STONE. As Senku and his friends are being turned to stone, his father Byakuya is on the International Space Station. This is the story of the crew as they try to survive as the only humans who remain flesh and blood!

Dr. STONE Reboot: Byakuya will be available from VIZ Media starting March 2. You can pre-order a copy from your local comic shops, Amazon, comiXology (affiliate link), VIZ, and more.