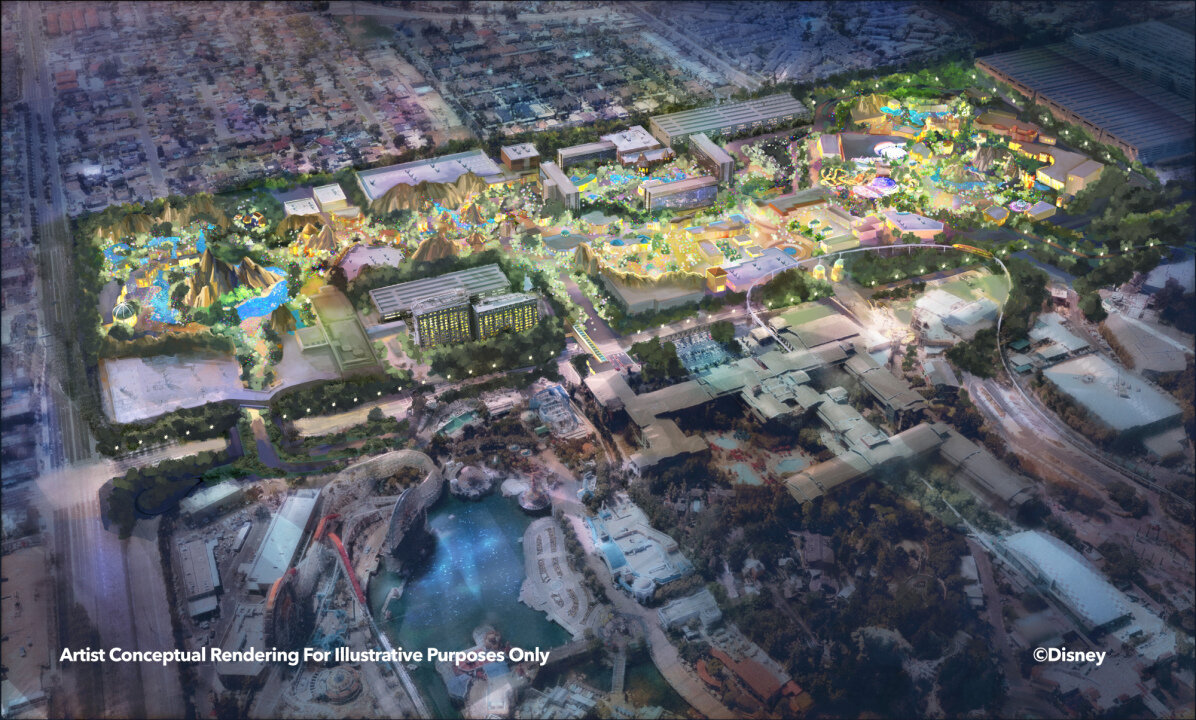 Disneyland has unveiled their plans for a major expansion at their Southern California theme park that will include new retail, hotel, and parking expansions. The plans are going by the name of DisneylandForward, which can be assumed is a reference to Walt Disney’s famous quote that says, “Around here, however, we don’t look backwards for very long. We keep moving forward, opening up new doors and doing new things, because we’re curious … and curiosity keeps leading us down new paths.”

The OC Register explains that the project is Disney’s effort to work with the city to grow the Disneyland resort, update the blueprint for the resort district and propel Anaheim’s economic rebound following the COVID-19 pandemic. In the coming weeks, Disneyland executives will be meeting with Anaheim city officials to expand on the 1990s-approved plans to make major changes to the park and its surrounding owned structures.

The report explains that the Immersive Theme Park westside expansion envisions a theme park on the Downtown Disney and Lilo and Stitch parking lots woven amid the Disneyland Hotel and Paradise Pier Hotel.

Concept art of the west-side site shows a central mountain surrounded by water with buildings interspersed on the south end of the property. A mountain ridge to the west separates the theme park from nearby neighborhoods.

The west-side site links up with Downtown Disney near the unused AMC Theater and ESPN Zone.

Concept art of the northern end of the west-side site includes an Autopia-like car course and a Dumbo-like spinning ride.

The Disney Entertainment Destination east-side expansion would bring together theme park experiences, hotels, retail, dining and entertainment on the Toy Story parking lot next to the Anaheim Convention Center.

The east-side site on the 56-acre Fujishige strawberry-farm-turned-Disney-parking-lot has long been discussed as a possible “third gate” for future theme park expansion.

Concept art of the east-side retail area features a central lagoon surrounded by shops and a low-rise hotel with a parking structure near the corner of Katella Avenue and Haster Street.

These are all working ideas that are subject to change, but it’s a pretty sure thing that if Disney is going to make changes, it’s going to be a positive thing. The big changes that have happened since I’ve been going to Disneyland as a kid are the addition of Toon Town, and the California Adventure park being added. Then of course the addition of Star Wars land. All have been huge successes, so I can’t wait to see what these new changes bring. Check out the concept art above and let us know what you think.