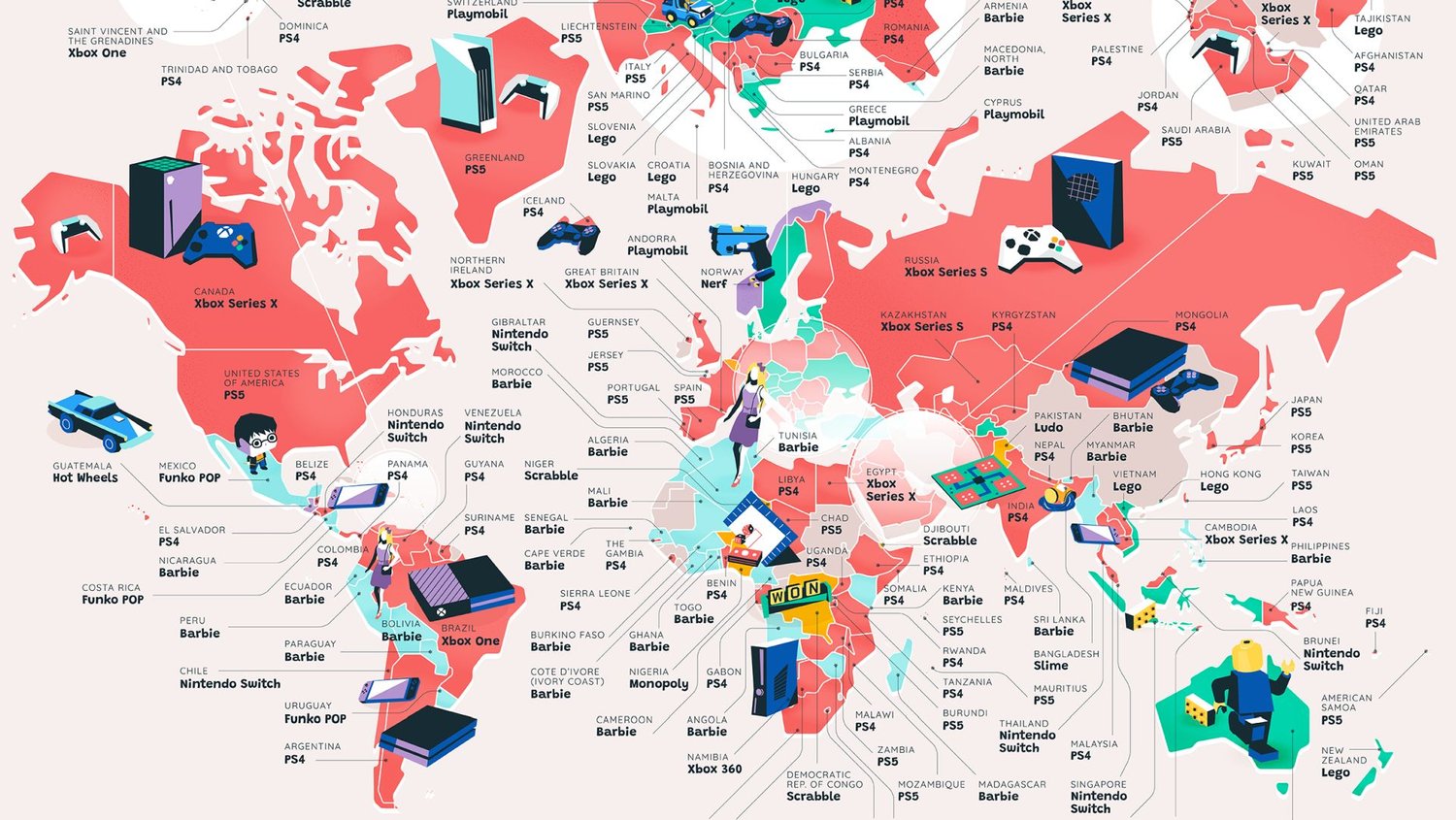 The Toyzone analyzed Google search data from around the world to see which toys and games consoles people are searching for in 170 countries. You can find the full console map as well as lists for the most searched for 90s toys, TV toys, classic toys, board games, dolls, building and construction toys, and superhero toys as well as their methodology here. Here are the basics of how each console did:

I wonder a lot about if the difficulty of acquiring a PlayStation 5 skewed those results though. If more people are searching more often to try and get their hands on it, then it’s not necessarily suggesting that the console is more popular than the others. But regardless, it’s a fun map to look around at. Which console is your favorite? Are you still fighting in the great console wars?