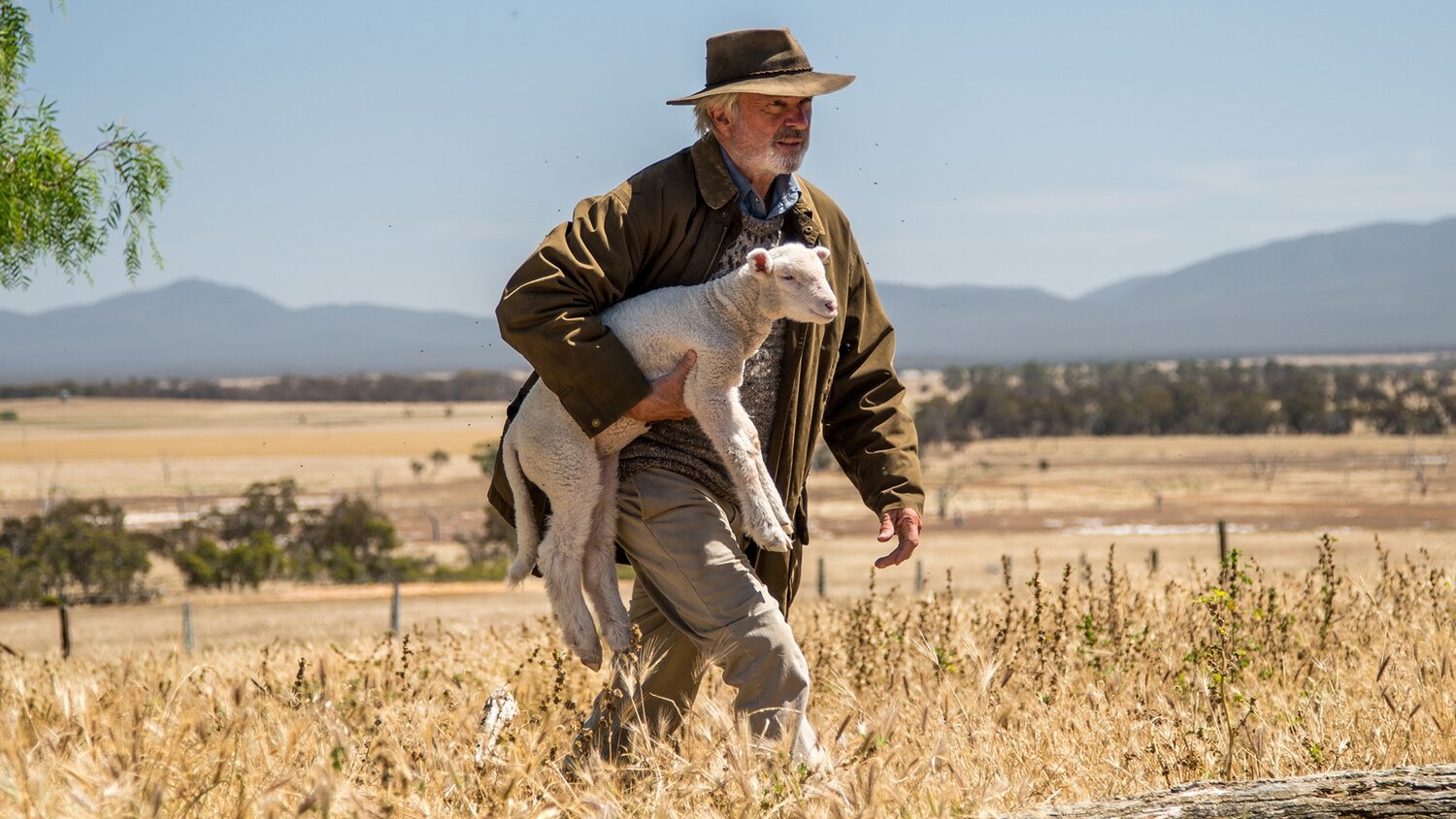 I’ve got a wonderful new trailer to share with you for a delightful and heartwarming film titled Rams. The movie stars Sam Neill (Jurassic Park), Miranda Richardson (Sleepy Hollow) and Michael Caton (Last Cab to Darwin).

The story takes place in remote Western Australia, where two estranged brothers, Colin (Neill) and Les (Caton), are at war with each other. “Raising separate flocks of sheep descended from their family’s prized bloodline, the two men work side by side yet are worlds apart. When Les’s prize ram is diagnosed with a rare and lethal illness, authorities order a purge of every sheep in the valley.”

While Colin “attempts to stealthily outwit the powers that be, Les opts for angry defiance. But can the warring brothers set aside their differences and have a chance to reunite their family, save their herd, and bring their community back together?”

Rams is an English-language remake of the 2015 award-winning Icelandic film of the same name. This new film was directed by Jeremy Sims from a script written by Jules Duncan. It looks like they made a great film that tells a fantastic and enjoyable story.

Samuel Goldwyn Films will release the film in theaters and on VOD on February 5th.