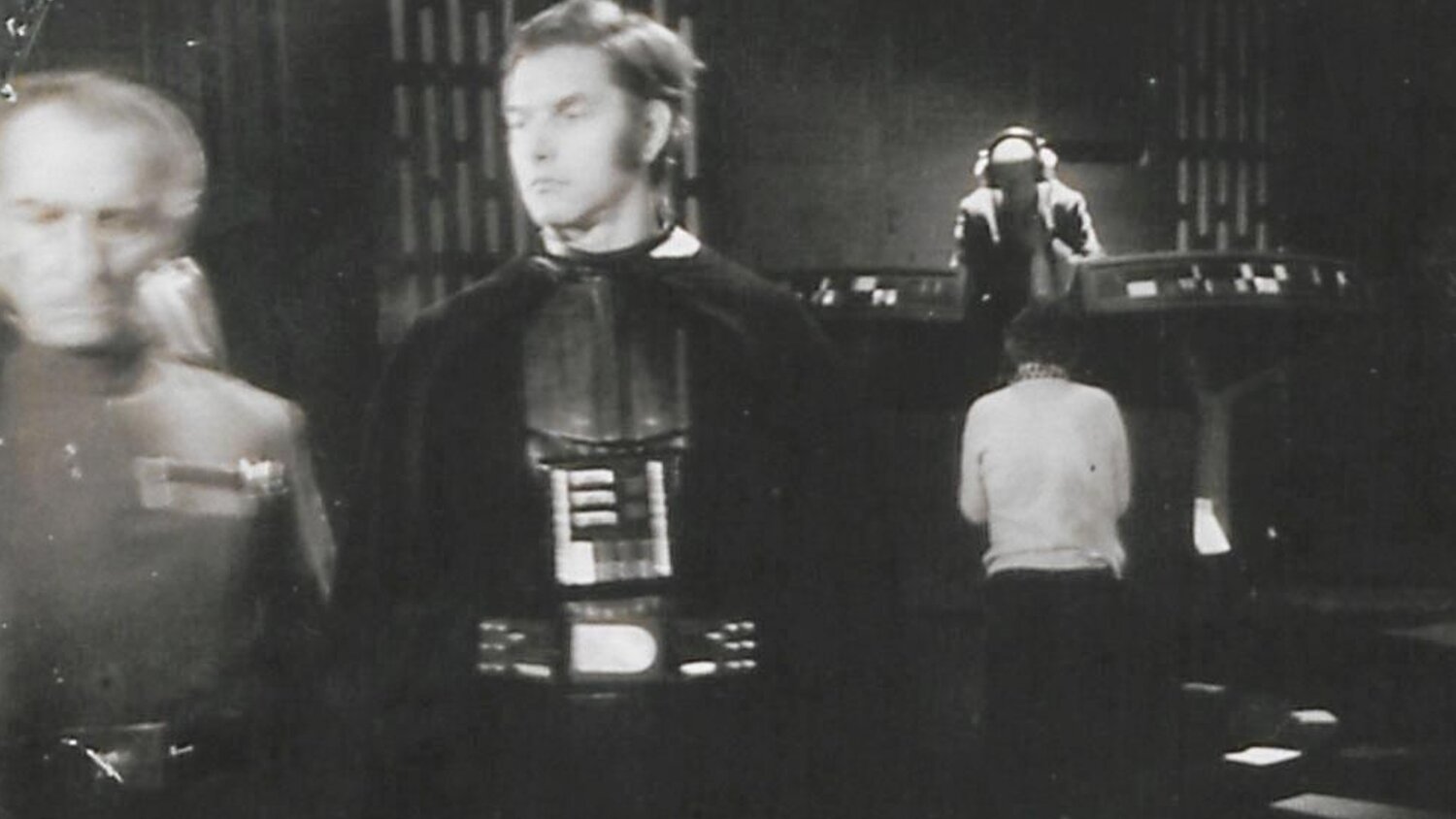 Prowse was born in 1935. Before becoming an actor he was a weightlifter and in 1962 he won the British weightlifting championship. He also represented England in the weightlifting category at the Commonwealth Games in Brisbane the same year.

Darth Vader wasn’t the only acting role that Prowse took on. In 1967 he played Frankenstein’s monster in Casino Royale and then played the character again in the 1970 film The Horror of Frankenstein, and in 1974’s Frankenstein and the Monster from Hell.

I know many of you will also remember him as the big muscular bodyguard in Stanley Kubrick’s 1971 classic A Clockwork Orange. It’s with this movie that George Lucas spotted him and brought him in to audition for both Darth Vader and Chewbacca and we all know how that turned out.

However, his voice and accent didn’t work for the part of Darth Vader and while he physically brought the Sith Lord to life, the voice work was performed by James Earl Jones. There’s a lot of drama that came after this between Prowse and Lucasfilm, but there’s no reason to get into that now.

In 1975, he took on a gig playing the “Green Cross Code Man,” who was a superhero created to promote a British road safety campaign for children. His long association with the campaign earned him an The Most Excellent Order of the British Empire (MBE) honor in 2000.

If you’re curious about the kind of life Prowse led and his story, he has a memoir titled Straight from the Force’s Mouth, which was published in 2011. There’s also a 2015 documentary you can watch titled I Am Your Father.

Mark Hamill shared a Tweet, after learning of the news of Prowse’s death saying, “So sad to hear David Prowse has passed. He was a kind man & much more than Darth Vader. Actor-Husband-Father-Member of the Order of the British Empire-3 time British Weightlifting Champion & Safety Icon the Green Cross Code Man. He loved his fans as much as they loved him. #RIP”