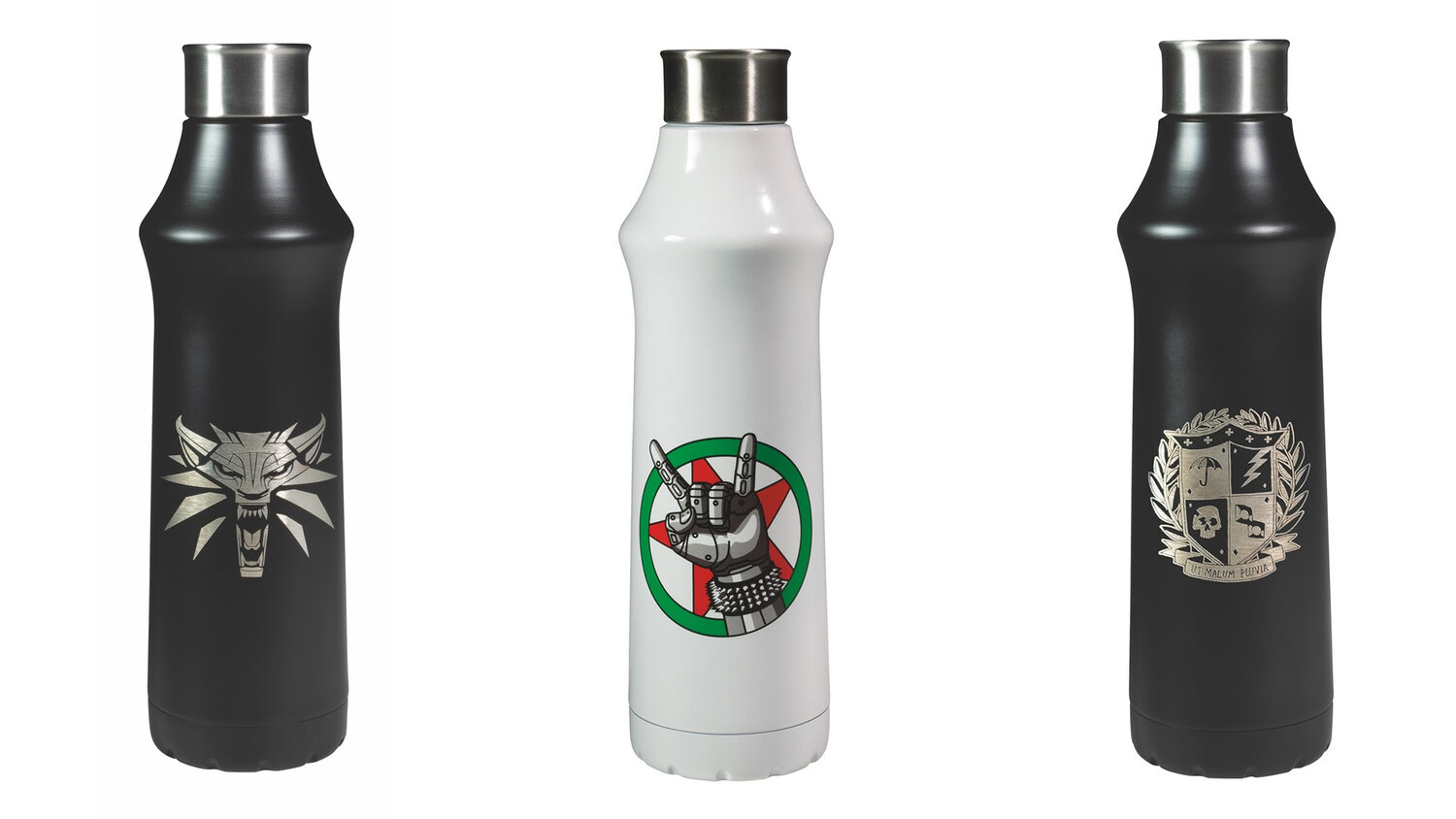 Dark Horse wants to do their part to help the environment. How are they doing this? By releasing new reusable water bottles. Each water bottle will hold 17 ounces, made of stainless steel, and feature double-wall insulation to keep your drink the perfect temperature. Of course, similar water bottles exist, but what sets these apart is that they will be themed for some of your favorite franchises. On February 10, 2021, fans will be able to grab a water bottle for The Witcher, Cyberpunk 2077, and even The Umbrella Academy. Talking about the new products, Dark Horse CEO Mike Richardson said:

A newly released study says that a mind-bending 53 trillion metric tons of plastic pollution will be in our oceans, rivers, lakes, and streams by 2030. Plastic has been found in everything from whales to zooplankton, and is affecting nearly all living creatures. Hundreds of different animal species are known to have suffered from entanglement and ingestion of plastic debris. Plastic debris is estimated to kill more than 100,000 marine mammals annually, as well as millions of birds and fishes.

Plastics break down, but they don’t go away. Microplastics have worked their way through the food chain into humans and researchers believe that plastic particles could affect the digestive system’s immune response. The leading soft drink company in the U.S. itself produces roughly 120 billion plastic bottles per year.

So what to do?

Well, each of us can reduce the amount of plastic we are responsible for one. We can make a change in the number of plastic water bottles we purchase and throw away. With these new water bottles and more on the way, we wanted to create a fun alternative to plastic to help just a little with the world’s plastic situation. A portion of each bottle we sell will be donated to the Environmental Defense Fund, an organization dedicated to preserving the world’s natural resources.

We can all help.

Each bottle will cost $19.99 and you can pre-order them now through your local comic shop.