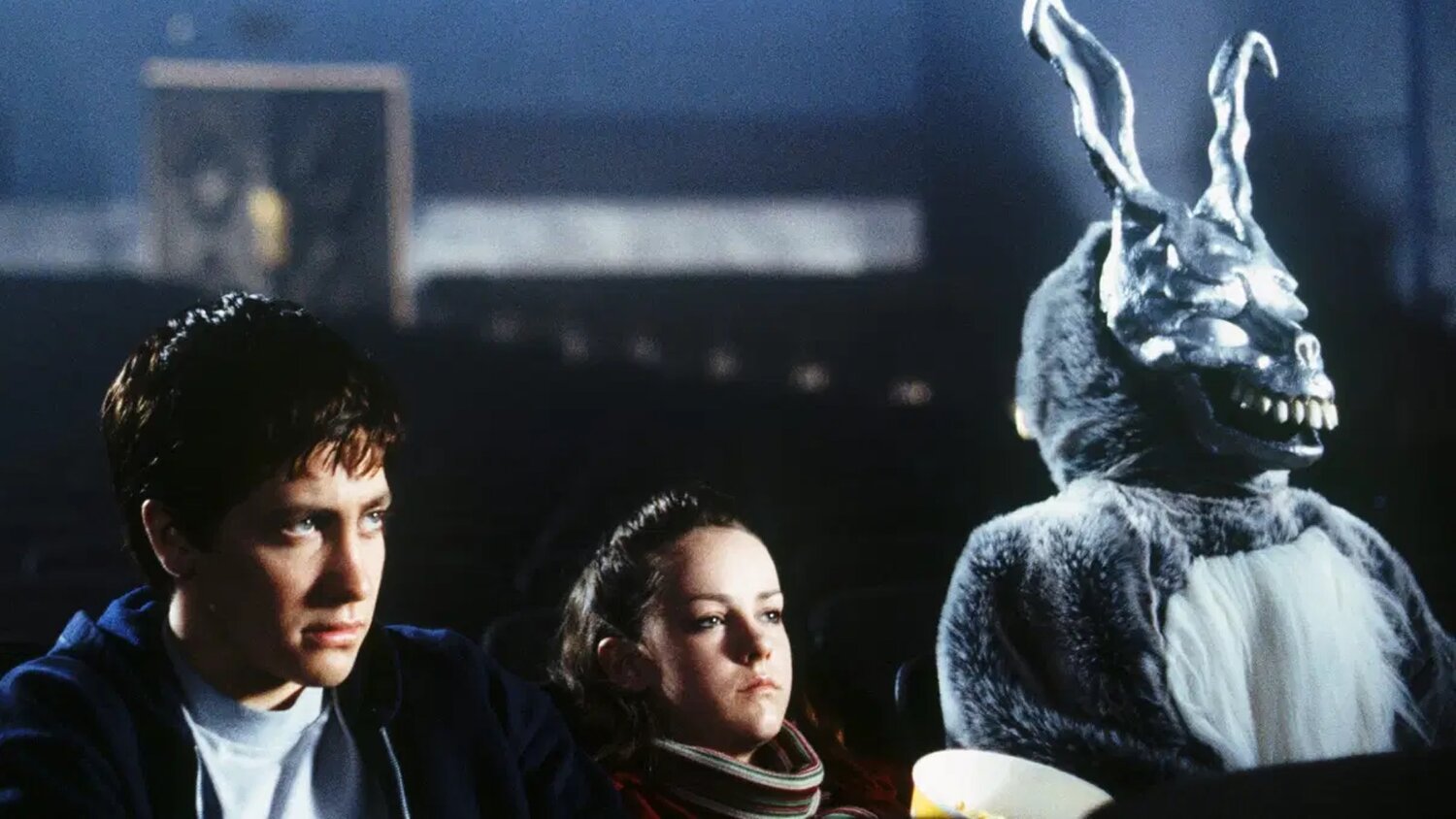 I remember seeing Donnie Darko for the first time in theaters back in 2001. The movie absolutely blew my mind. It was such a great film and it turns out that Christopher Nolan actually had a hand in helping the movie!

During a recent interview with director Richard Kelly, he revealed one suggestion that Nolan made that he used to help audiences make sense of the timeline of the film. Nolan also played a part in helping the film find distribution. Kelly said:

“Aaron (Ryde, executive producer) he brought his bosses at Newmarket [Films] in to screen the movie and he invited Christopher Nolan and his wife Emma. When the lights came up, Chris and his wife both turned to the Newmarket executives, Chris Ball and Will Tyrer, and they both looked over at them and they nodded. They were like, ‘You guys should distribute this.’ And they gave me some suggestions. Chris and his wife, it was their idea to put the parenthetical beneath the title cards.”

I love that all it took from Nolan was a nod to help get the film distribution. As for the parentheticals under the title card, I’m sure you remember one of the early scenes in the film saw Frank the Rabbit warning Donnie Darko that the end of the world would take place in “28 days, six hours, 42 minutes, 12 seconds.” The parentheticals definitely helped the audience keep track of time and how much is left.

Kelly went on to talk about one thing about the film that drives him crazy to this day:

“The one thing I never got to do that still drives me crazy is the engine going through the time portal. The digital shot of the jet engine, to me, I just can’t stand looking at it. We just did not have the money. I wanted to do a whole big miniature of the engine ripping off of the plane and the interior of the plane ripping apart, and then the engine breaking apart and plummeting down through the time portal. I wanted to do it the way Christopher Nolan gets to do things. Maybe one day I will get to do that. Let’s see what happens.”

What are your thoughts on learning that Christopher Nolan helped with Donnie Darko?