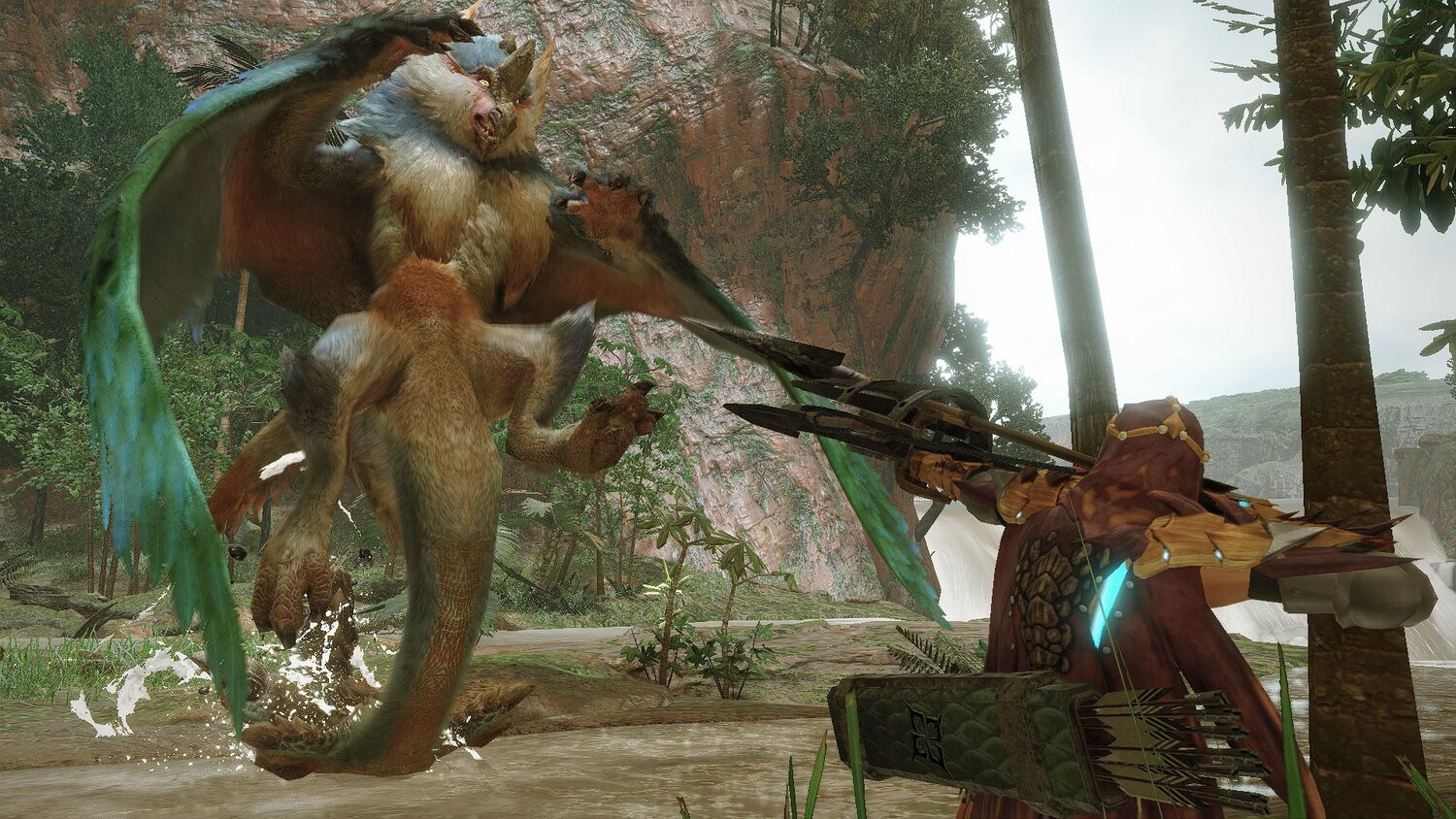 During The Game Awards, Capcom dropped a new trailer for Monster Hunter fans. The trailer was for the upcoming Nintendo Switch game Monster Hunter Rise and shows off two of the new monsters, a new area, and several returning fan favorites. Fans are also treated to a peek a “Rampage” events that threaten Kamura Village.

One of the new monsters in Monster Hunter Rise is Bishaten, described as a trickster with a fondness for persimmons and a distinctive tail. The Bishaten uses tail attacks and spin moves to keep hunters on their feet. The other new creature is the aquatic leviathan Somnacanth which uses a sleep powder to stun opponents.

Fans will be able to enjoy a demo for Monster Hunter Rise in January 2021, and the full game will launch on Nintendo Switch on March 26, 2021.