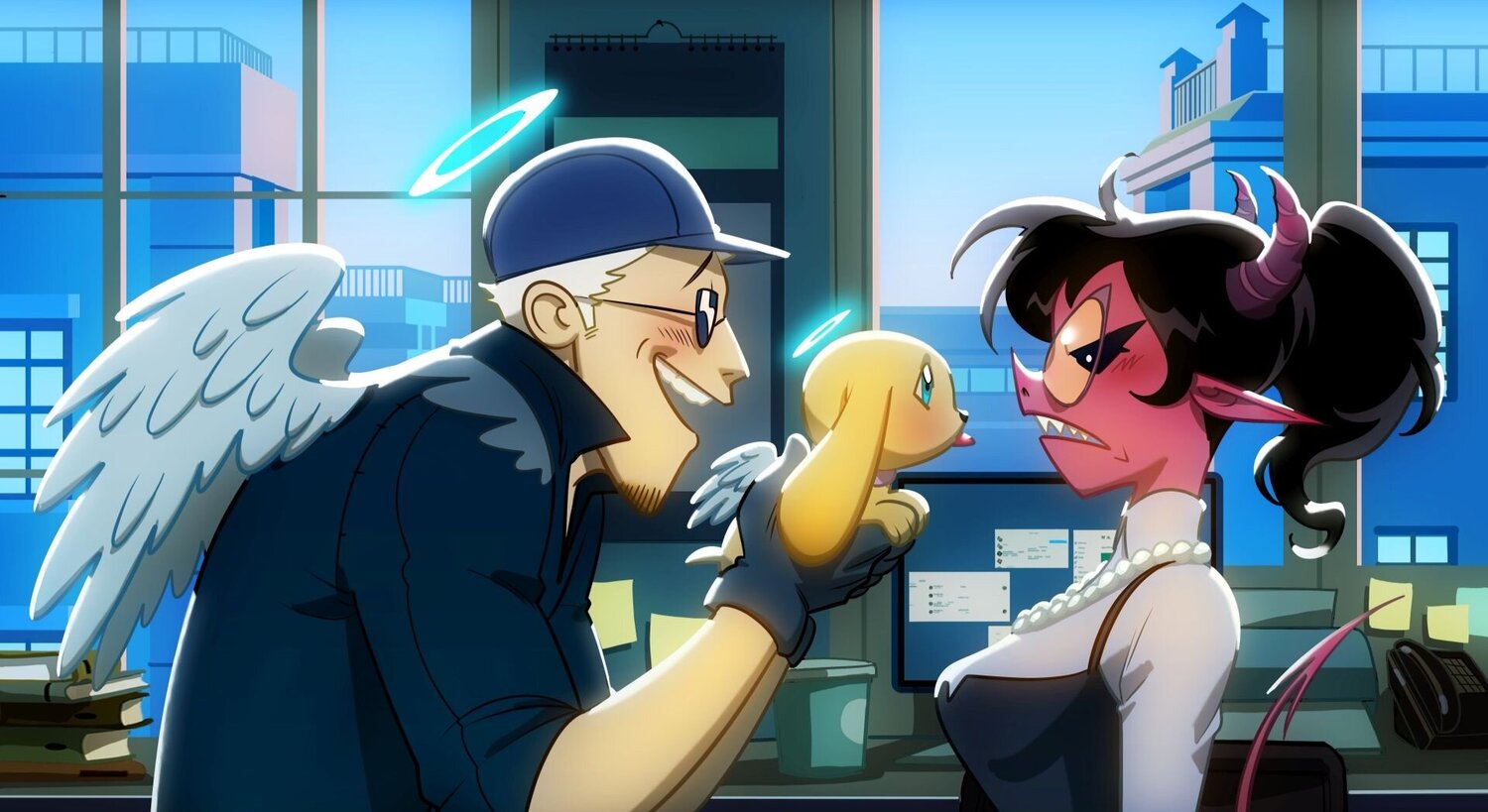 Comic creator Mirka Andolfo (Mercy) has a deal to bring a new original series called Sweet Paprika to life. It was recently announced that Erik Barmack (The Witcher) will be serving as an executive producer for the show and now we have our first visuals from the series with his Wild Sheep Content company. Talking about joining the team, he said:

Mirka has the rare ability to enchant readers across the globe, and I couldn’t be more excited to help adapt her vision from page to screen with Sweet Paprika. It’s a charming, relevant, and hilarious foray into romantic comedy, and a project I couldn’t resist.

SWEET PAPRIKA takes place in a world similar to ours, but inhabited by characters with the appearance of angels and devils. Protagonist Paprika is a New Yorker of Italian origin, working endless hours as a Chief Creative Officer at a publisher in the center of the thriving metropolis. Far from a traditional princess, Paprika’s job and career drive consume her, forcing her to neglect her personal needs, as well as her relationships with friends and family.

Enter Dill—a naïve and suave delivery boy whose “angelic” attitude grates against Paprika’s no-nonsense practicality. This odd-couple prince and princess embark on an unexpected courtship that both tests their temperaments, as well as embraces the themes of female empowerment and sexual empowerment.

There’s no word on when or where to expect Sweet Paprika to become available. I really like the art style of this so far.