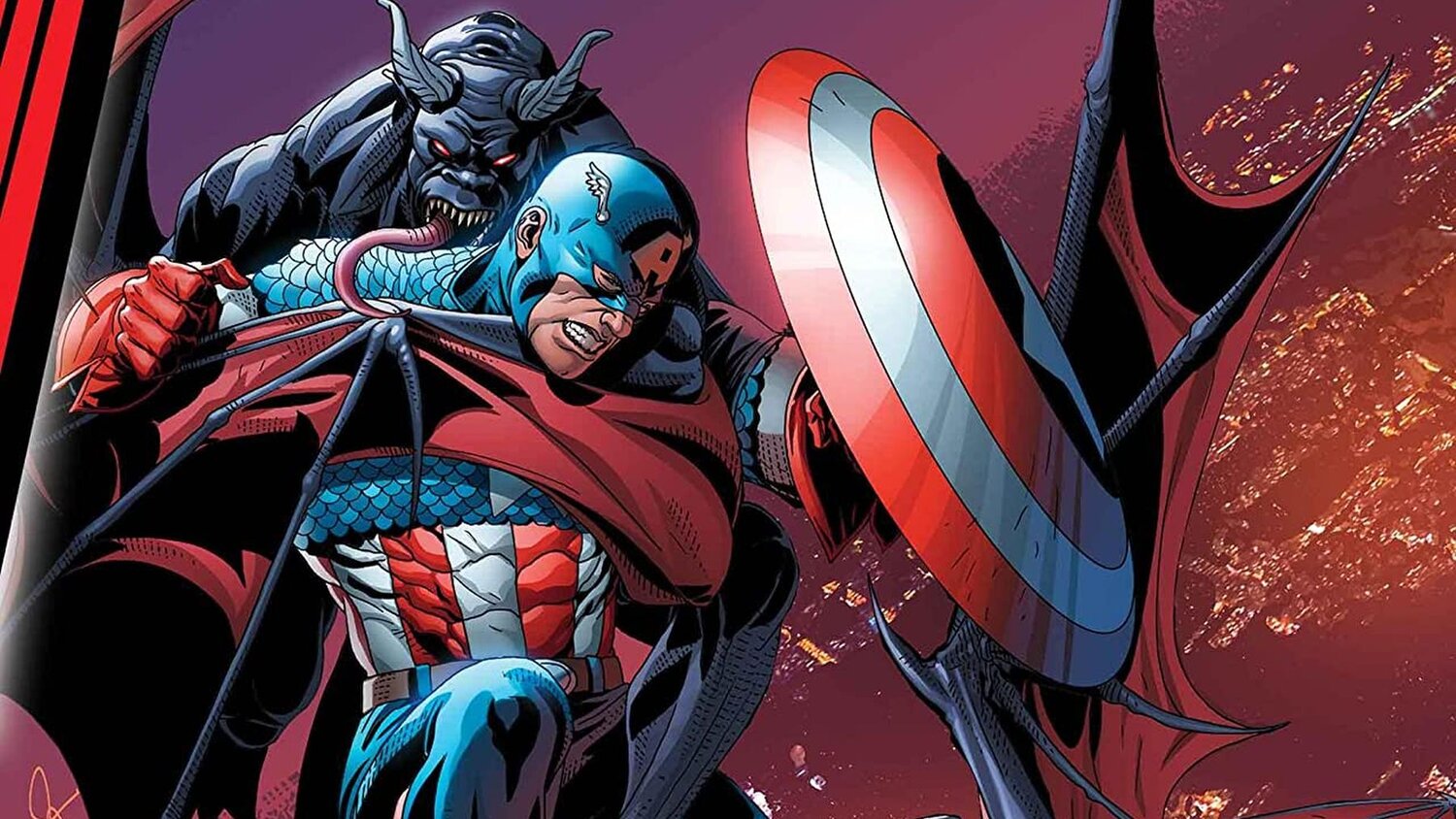 Marvel Comics unleashed King in Black: Captain America #1 this week and were kind enough to send me a copy to read. I will try to not spoil anything for fans, but if you haven’t read the comic yet, you can get it from your local comic shop or through other outlets including comiXology (affiliate link). The comic is written by Danny Lore with art by Mirko Colak and a cover by Salvador Larroca.

Captain America is in a brutal battle to win the streets of Manhattan back from Knull’s forces, aided by the Winter Soldier and the Falcon…but there’s a darkness inside Steve that he’s struggling to shake. Can his closest friends help him through, or will he succumb to the shadows? Danny Lore (IRONHEART 2020) and Mirko Colak (DEADPOOL, PUNISHER) join forces for a twisted and terrifying story at the heart of the war against Knull!

I want to preface this review with something that’s very important. I have not read any other King in Black comics. However, this is a one-shot with enough information on the title page for me to know what’s going on. Would this have been better if I was up to date? Yes. Was I still able to enjoy it? Yes.

I want to start by saying that Colak does an absolutely amazing job on the artwork in this comic. It looks amazing! Everyone looks great, the monsters look terrifying, there’s everything to love about the art in this comic. Lore also does a really good job with presenting a story in 33 pages. We follow Captain America, Winter Soldier, and Falcon as they deal with the Knull forces, but Captain America has to also deal with some internal demons. I appreciate the story Lore tells with that inner struggle of Captain America. There are moments where everything feels too much and like we become powerless.

Even if you haven’t read any of the other parts of the King in Black series, you can enjoy King in Black: Captain America #1. I think it does a good job of tackling inner demons in 33 pages with gorgeous artwork. What did you think of the comic?