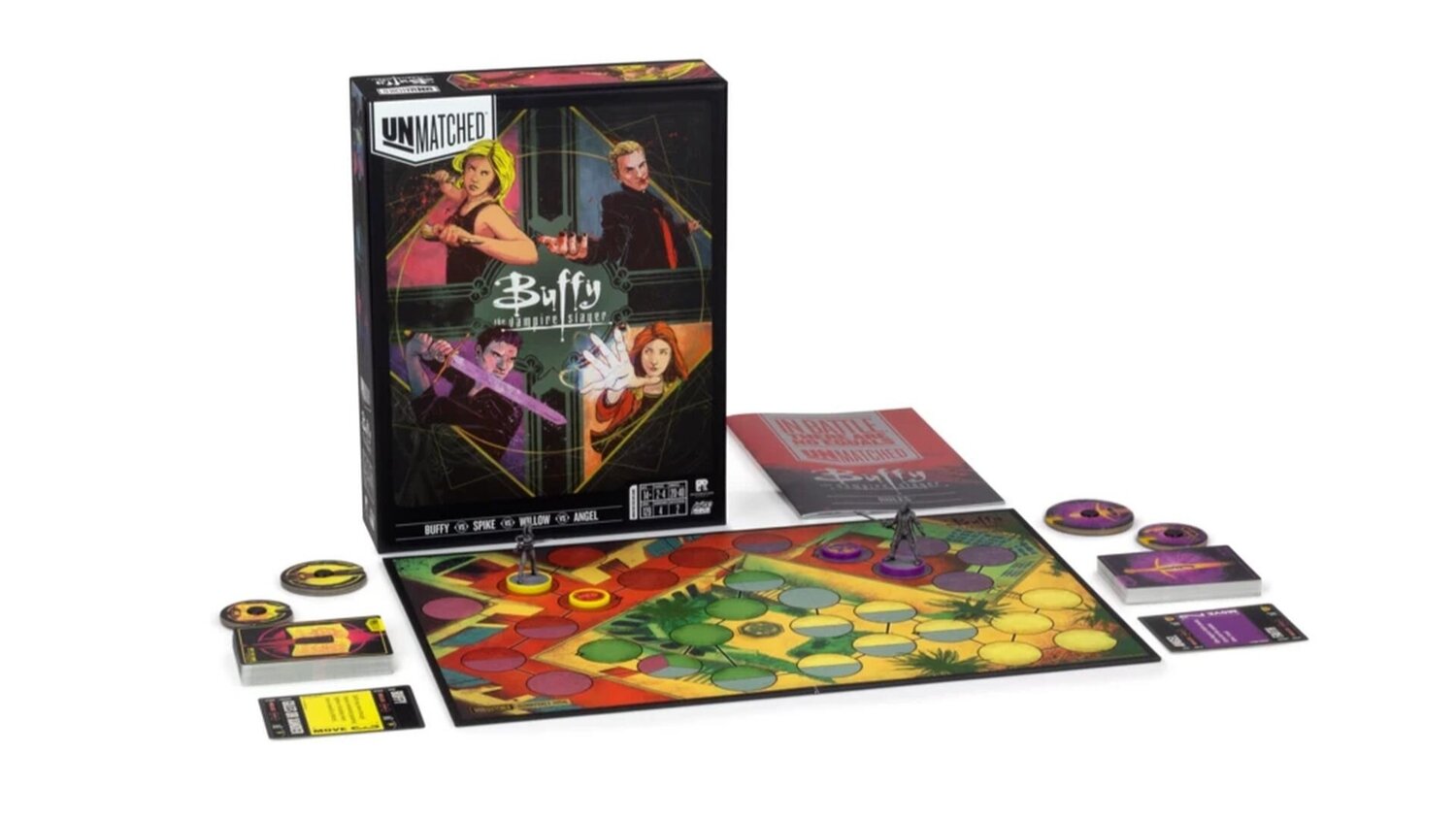 Buffy the Vampire Slayer is a very popular series and now, fans have a new way of enjoying it. Unmatched has released a new version with the beloved characters from the beloved series.

Unmatched: Buffy the Vampire Slayer comes from designers Justin D. Jacobson and Rob Daviau with art by Heather Vaughan and lets you use Buffy, Angel, Spike, or Willow to fight your opponent in this miniatures dueling game.

The characters aren’t going alone though as each one will have some backup. For example, Buffy will have Giles and Xander, Willow will have Tara, and Angel has Faith to help them out.

Unmatched is a miniatures dueling game featuring fighters of all kinds – from the page to the screen to the stuff of legends. Each hero has a unique deck of cards that fits their fighting style. You can mix and match fighters from any Unmatched set. But remember, in the end, there can only be one winner.

You can purchase Unmatched: Buffy the Vampire Slayer from Mondo Shop now for $50.