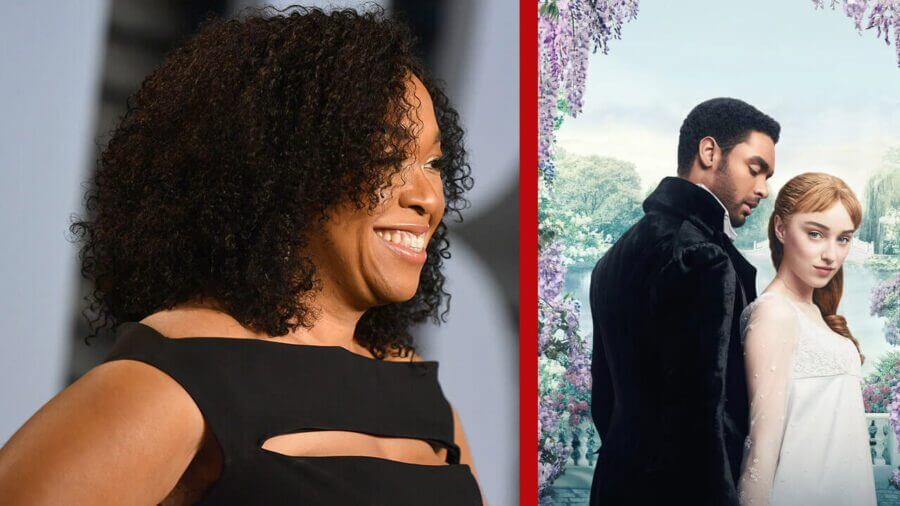 Netflix and Shonda Rhimes’s first selection of titles have been announced with Bridgerton season 1 releasing on Christmas Day, 2020. Looking further ahead, we’ve known about season 2 of Bridgerton being in development for some time with filming originally scheduled for summer 2020, now we’ve learned that it’s been pushed to early 2021. Here’s what we know.

In case you’re unaware, the upcoming Shonda Rhimes series is the second in her production companies output for Netflix. The production company had previously been tied to ABC with projects such as Grey’s Anatomy and How To Get Away With Murder before jumping over to Netflix as part of a widely publicized deal that’s still thought to be the most expensive in Netflix’s history.

Bridgerton is a romantic drama series based on the novel that’s a mix between Downton Abby, a Disney Princess movie and The Crown.

So let’s get onto Bridgerton season 2.

It’s important to note from the get-go, Netflix themselves (or Shondaland for that matter) haven’t yet announced anything official regarding the future of the show beyond season 1 due out on December 25th, 2020 globally.

We first learned about season 2 of Bridgerton being in development way back in February 2020 when we first reported its active development and that it was due to begin filming in July 2020. Of course, that filming date never actually managed to get underway given the ongoing coronavirus disruptions to many of Netflix’s projects.

The production schedule, as provided by ProductionWeekly listed the second season of Bridgerton as being renewed and it’s due to start filming in July 2020. Only one filming location is listed at the moment with that being Uxbridge. That filming start date has now been rescheduled to March 2021.

It shouldn’t be a big surprise that season 2 of Bridgerton is on the way, though. Given the scope of the project and the wealth of material the series has to source from with 8 books to cover, in theory, it’s not a complete surprise.

The original filming date said the production schedule for season 2 was due to wrap up in May 2021. Much like season 1 of Bridgerton, it has a lengthy filming schedule much like fellow period drama series, The Crown. That means that we’ll unlikely see season 2 hit Netflix until at least 2022.

It’s early days and we’ll let you know if we hear about anything else regarding the future of Bridgerton as we get it.