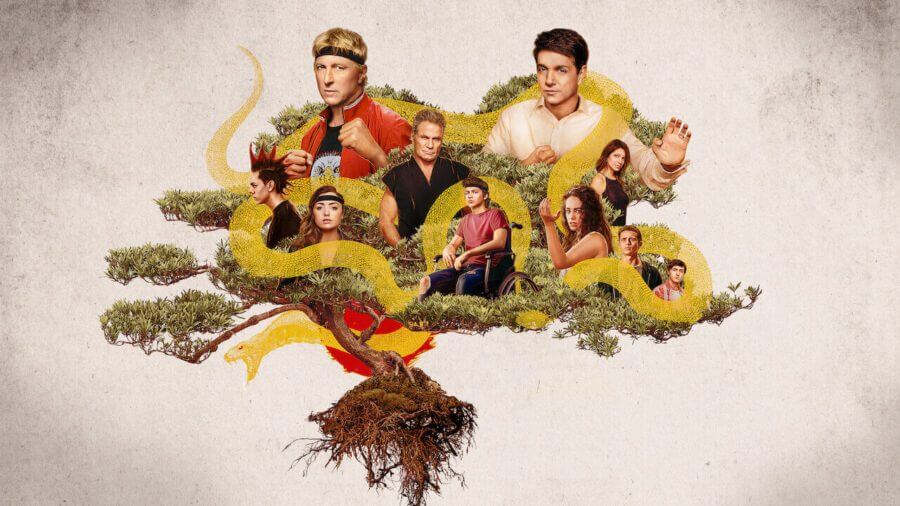 Cobra Kai season 3 is now available to stream on Netflix

It’s been an excellent end to 2020 and a fantastic start to 2021 with some of the latest additions to the Netflix library. We’ve selected the best of the latest new TV series on Netflix that everyone can enjoy binging this weekend.

Here are the best new TV series on Netflix this week:

Arguably the best series Netflix has continued since Lucifer, Cobra Kai was a smash hit with subscribers when the first two seasons arrived in 2020. For those who originally watched the series on YouTube, the 21-month wait was long, but one hundred percent worth it.

30 years after the events of The Karate Kid, Daniel LaRusso and Johnny Lawrence continue their long-standing rivalry when Johnny reopens the Cobra Kai dojo.

First arriving in October 2018, it’s incredible to think that four parts to CAOS have now been and gone. While many fans will be sad to see the series come to an end, there will always be the option to rewatch the series all over again.

With her sixteenth birthday fast approaching, Sabrina must make a choice, live her life as a mortal, or join the path of night and hone her powers as a witch.

After an impressive start to the trilogy, it doesn’t come as any surprise how excited fans were to see Earthrise arrive on Netflix. With an incredible animation, and an equally fantastic cast

With the Allspark removed from Cybertron, it’s a race against time to save the planet as the Autobots and the Decepticons fight for its control.

In the past few years, Netflix has struggled to keep hold of some of the excellent British comedies from the BBC, but Still Game continues to remain a popular fixture for American audiences.

Two old Scottish friends, Jack and Victor love to have a moan and share their views on what Glasgow used to be like in the old days.

What TV series are you watching on Netflix? Let us know in the comments below!