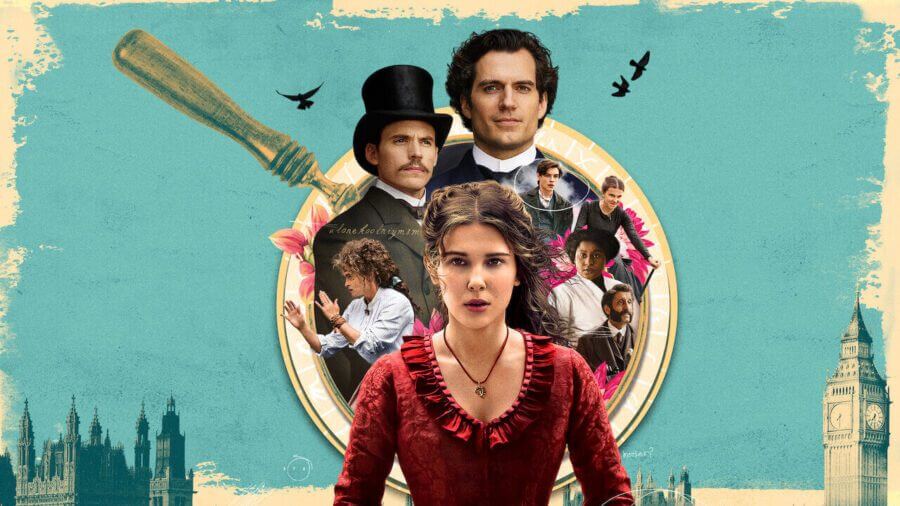 Enola Holmes (2020) is now available to stream on Netflix

Here are the best new movies on Netflix this week:

For anyone looking for something to whet their appetite for the fourth season of Stranger Things or the second season of The Witcher, then Enola Holmes has you covered. Starring the extremely talented Millie Bobby Brown, she takes on the role of Enola, Sherlock, and Mycroft Homes’s equally intelligent little sister, in her first super sleuth adventure.

The year is 1884 and the world is on the brink of change. Enola Holmes, the younger sister as the esteemed Sherlock Holmes, wakes up on her sixteenth buddy only to discover her mother has gone missing, without any clues to her whereabouts. Suddenly under the care of her brothers who attempt to send her to a school for “proper” ladies, it isn’t long before Enola escapes. As she goes in search of her mother, Enola must outwit her brothers and unravel a conspiracy that is threatening to alter the course of history.

Rocky meets Robot Wars in this sci-fi underdog tale from Stranger Things producer Shawn Levy. An extremely enjoyable film to watch the family, who doesn’t love to watch a feel-good adventure one in a while?

In the near future robots have replaced humans in the elite sport of boxing. When ex-boxer Charlie loses his promotion, Ambush, he teams up with his son and a battered old sparring robot to take on the impossible task of becoming champion.

In the early, to mid-200s Ryan Reynolds starred in his fair share of comedies about adults struggling with coming to terms with adulthood.

The staff of a Shenaniganz overcomes their boredom and adult problems with childish antics and stupid pranks. Just remember to never send your food back, or you’ll get more than you bargained for on your plate.

Together, activists, scientists, farmers, and politicians discuss the revolutionary idea of Regenerative Agriculture, which has the potential to save the planet and also feed the world.

Which new movie will you be watching on Netflix this weekend? Let us know in the comments below!