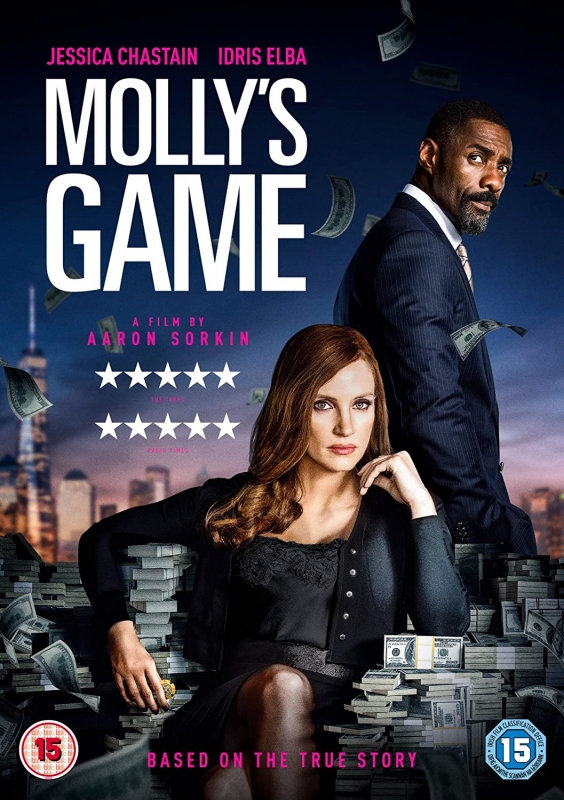 If you love to watch captivating gambling movies, then we have got some exciting films for you. This article will take you through some of the top gambling films of all ages.  These films were carefully selected from the numerous gambling movies available, and they range from high-stakes poker to roulette stories.  Are you ready for the thrill? Here we go!

This movie was produced in 2017, and it centers around the story of an erstwhile Olympic Molly Bloom.  His injury forced him to retire early.  Then, he started to participate in one of the well-known poker games around the globe.

He later got engaged with the Hollywood star, Russian Mafia, as well as the best athletes.  Aaron Sorkin directed the movie as it is features poker and other fascinating betting games.

Produced in 2003, it is a must-watch for lovers of high stakes and everyone who loves poker games.  The storyline is about Stu Ungar, who is known as one of the top-performing players worldwide.

The movie is a total history of successes and three failures of the great poker player. The film is fascinating, and it is regarded as one of the most realistic gambling films worth seeing.

The gambler was launched in 1997, and it centers around the novel of the Fyodor Dostoyevsky, The Gambler. The Author hails from Russia.

The movie centers on Dostoevsky’s plans and efforts to write a novel in 27 days to settle the debt he incurred while gambling.  The film comes out as a mixture of reality and fiction.

Michael Gambon starred as Dostoevsky. Luise Rainer is also featured in the film. Furthermore, the film is also centered on Roulette, and it involves a love story.

Croupier was produced in 1999; it features a Clive Owen, who acted the role of Jack Manfred. He is a croupier and a budding writer who was employed in a local casino. Man

It is a must-watch for everyone who loves gambling movies as it explains what it means to work on the floor of a casino.  The film was a huge success as it instrumental in bringing Owen to the limelight.  The movie teaches viewers how to play board games.

The Grand is a fascinating comedy film produced in 2007. The movie features some of the best actors, including Woody Harrelson, Jason Alexander, and Dennis Farina.

Gabe Kaplan, a professional player and actor, is also featured in the game. He was formerly the third best professional poker player in the world.

The movie is about some players coming together to take part in a real poker competition with a grand prize of 10 million USD.  The film was shot at the Golden Nugget Casino in Las Vegas.

Let it Ride is also a comedy film that is a must-watch for lovers of a horse race.  Richard Dreyfuss is the protagonist of the film.  The movie is all about a player who always fails, despite having good chances of winning every time he participates in horse racing.

Despite his regular losses, he remains optimistic. You should not hesitate to see this film if you fancy a horse race.

Revolver is a gambling movie directed by Guy Ritchie.  He is a famous movie director; he has produced some interesting gambling films.  One of these movies is the Two Smoking Barrels.  So, this is a film to watch, especially if you are a fan of Guy Ritchie.

You might need to watch the film more than once to understand it fully.  Also, you need to pay rapt attention to each scene of the movie as you will be glad you take your time to watch it.

The movie features Jason Statham, who plays the role of Jake Green.  The film centers around his freedom from prison.  He decided to avenge Mr. D, who was a victim of a wick casino not on gamstop owner after he accumulated a fortune playing poker game.

The movies listed above are some of the best gambling movies you will like to watch repeatedly without getting bored.  They feature exciting storylines centered around betting on some of the top games and sports like pokers, Roulette, boxing matches, and horse racing, among others.