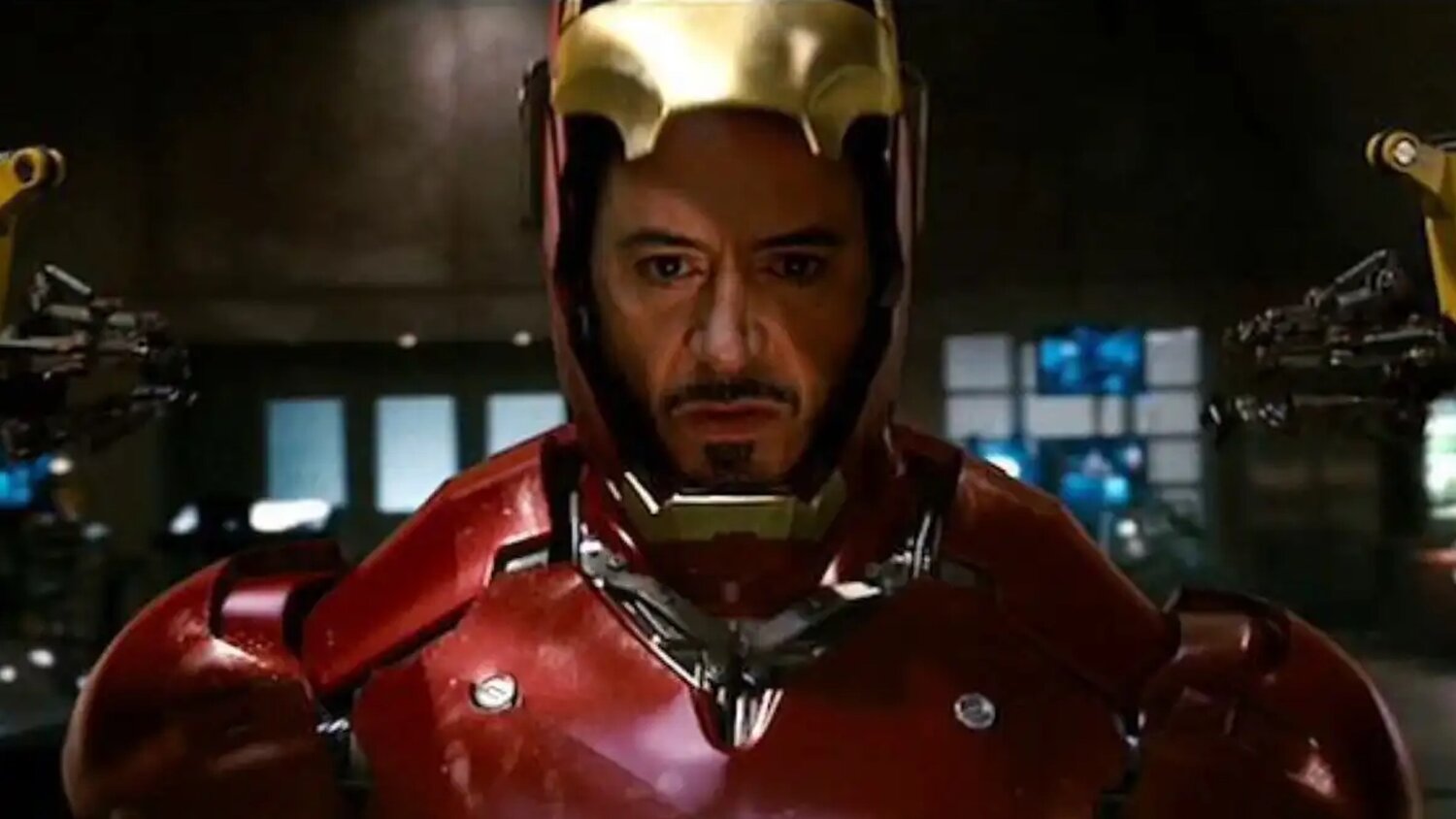 When previously talking about the helmet on David Letterman’s Netflix show My Next Guest Needs No Introduction, Downey Jr. recounted how the Iron Man helmet we see in the image was hard for him to wear because he couldn’t see anything:

“Initially it was — everything was really there. They wanted to spend as little as they could on CG replacement. So I remember this helmet went on… I put this helmet on and it slammed closed and I couldn’t see anything. And then these LED lights went on, and it was like Manchurian Candidate. I was absolutely blinded.”

Obviously, things got better for Downey Jr. as time went on, and the actor explained, “By the time we were doing the last Avengers, they’d just be like ‘Hey Robert would mind like putting on the–‘ Helmet? No! Yes? No. Put two dots here [motions to eyes] and then you can paint it in later.”