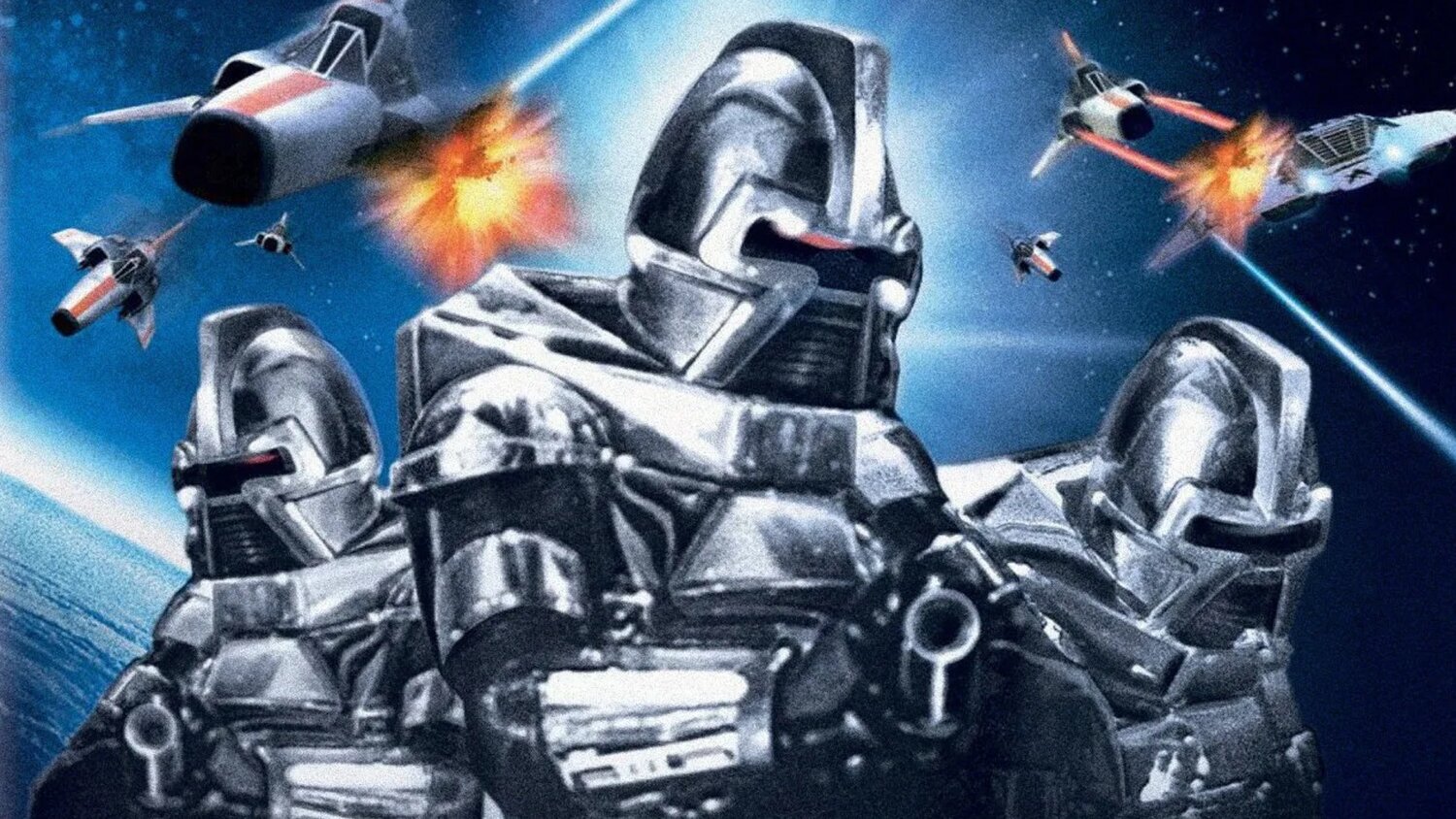 The screenshot below is from the opening scene of the episode in which Mando and Baby Yoda are walking down a street surrounded by buildings covered in graffiti. In that graffiti, you can see Jawas, the Rebel Alliance insignia, a Stormtrooper helmet, and what appears to be a recreation of Ralph McQuarrie‘s early concept of C-3PO.

In the middle of all that, there appears to be some art depicting the classic Cylon from the original Battlestar Galactica. You can check that out below and let us know what you think! Is that a Cylon?