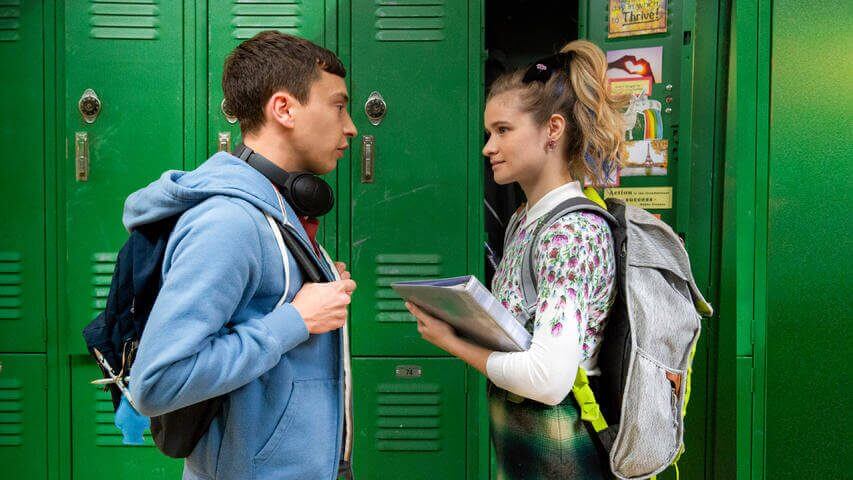 Atypical is returning for a fourth and final season on Netflix in 2021. Here are all the details we know so far in the fourth season including when production is due to get underway, what we can expect, and when it’s likely coming to Netflix.

The thought-provoking, charming and well-received comedy from Netflix has been an underdog and a true gem through the past several years. The series focuses on the Gardner family and their trials through the years.

The series has seen three seasons release so far with the most recent, season 3, releasing on Netflix in November 2019.

Let’s now run through what we know so far about Atypical season 4:

Has Atypical been renewed for season 4?

The renewal for Atypical came in February 2020 when Deadline announced that the show has been renewed for a final season. Some have referred to this tactic as Netflix “re-canceling” a show. For fans, however, this is good as it allows the creators to adequately wrap up a show rather than leaving it open and unfinished.

Alongside the renewal, we got a short clip confirming it’s the final season. In the caption, it states: “They’ve brought you laughs, tears, hugs and homies. Now see how the story concludes. Atypical. The Final Season.”

In a statement to The Hollywood Reporter, Robia Rashid who serves as the showrunner said:

I am excited that we are going to do a season 4 of ‘Atypical’. Although I am sad because the end of the series is approaching, I am tremendously grateful to have been able to tell this story. Our fans are great and great defenders of the series. Thank you for being so open to the voice and stories of Sam, and the entire Gardner family. I hope that the legacy of ‘Atypical’ is that there are more voices that cease to be without listening and that even when the series ends, we will continue to tell emotional and funny stories from poorly represented points of view.

Some of the other cast had mixed reactions.

Keir Gilchrist said on Instagram that he’s “excited to bring this story to a close with you all.” adding to “Stay tuned.”

Brigette Lundy-Paine posted a series of videos and photos from her time working on Atypical saying: “We Are Doing 1 More Season of Atypical !!!!!!! this show has brought me warmth, community and purpose and I hope it has done the same for you. We love you atypies, cazzie nation, Zam Fam, Penguinos, Delsa stans (and Nelsa stans), Paigers and Juliams.”

Join Sam on one last expedition.

Atypical will return for a fourth and final season. 🐧 pic.twitter.com/0IfN0fEIUG

Back in early March 2020, it was believed that production would start at some point during summer 2020. Of course, reality took hold preventing the ability of that to happen.

In October 2020, we learned via ProductionWeekly that Netflix is now planning to film in Los Angeles in January 2021.

What to expect from season 4 of Atypical

As you can imagine, with a final season, we’re expecting all the remaining plot threads to be wrapped up before the end of the 10th episode.

In season 4, we’ll likely see Casey’s life shift significantly as she signs up with Coach Crowley to join UCLA after a convincing win on track. What that means for her current relationship with Izzie isn’t fully clear although they seemed committed as the credits rolled for season 3 episode 10.

As with Sammy, it looks like he’s going to spend the final season moving into an apartment with Zahid while maintaining his job at the tech store.

Elsa and Doug seem to have patched their marriage back together through the course of season 3 but whether that’ll continue will likely be revealed in the fourth season.

When will Atypical season 4 be on Netflix?

At the moment, only a broad 2021 release date has been given. However, with the filming schedule likely to wrap up towards the end of 2020, it’s more than likely we’ll see season 4 release on Netflix in the first two quarters of 2021. That means anywhere between January 2021 and June 2021.

While we wait for season 4 of Atypical, we’ll leave you with the blooper reel and some behind the scenes footage for season 3 of the show and check out some of our alternative series suggestions if you haven’t already.

Are you looking forward to season 4 of Atypical on Netflix? Let us know in the comments.