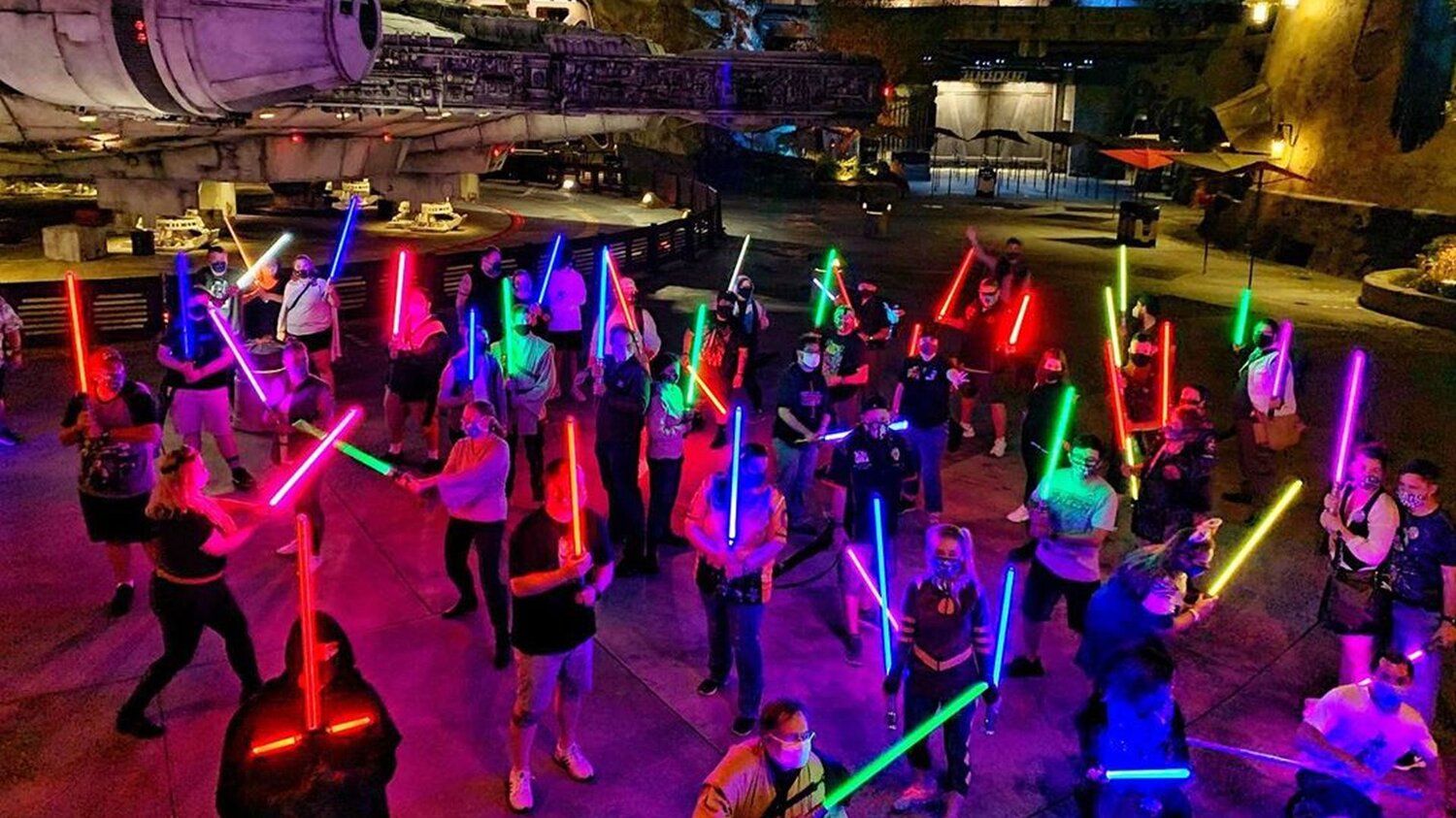 Disney’s Hollywood Studios has been helping Star Wars fans gather in small groups via lightsaber meet-ups at Galaxy’s Edge. Well, on Halloween night, fans were in for a treat as Ashley Eckstein, the voice of Ahsoka Tano, made a surprise appearance on Batuu.

In addition to making an appearance, Eckstein also signed “a couple hundred saber cases” for the all new color changing Ahsoka Tano Legacy Lightsabers at Dok-Ondar’s Den of Antiquities. Fans will need to hurry though as supplies probably won’t last too long.