Welcome to ComingSoon.net’s April 6 Blu-ray, Digital HD and DVD column! We’ve highlighted this week’s releases in detailed write-ups of different titles below! Click each highlighted title to purchase through Amazon!

Barb and Star Go to Vista Del Mar
From Bridesmaids co-stars and co-writers Kristen Wiig and Annie Mumolo comes this comedy about two best friends who leave their small town and embark on the adventure of a lifetime.

Earwig and the Witch
From the legendary Studio Ghibli, creators of Spirited Away and My Neighbor Totoro, comes a bewitching film for the entire family. Earwig is a headstrong orphan with a love of adventure. When she is adopted by a selfish witch she must master the art of magic and discover the mysterious song that holds the key to finding the family she has always wanted.

The Reckoning
Thrown in jail after being falsely accused of being a witch, Grace must endure extreme physical persecution at the hands of a ruthless witch-hunter.

Preparations to be Together for an Unknown Period of Time (DVD)
After 20 years in the United States, a Hungarian neurosurgeon returns to Budapest for a romantic rendezvous with a fellow doctor she met at a conference. When the love of her life is nowhere to be seen, she tracks him down only to have the bewildered man claim the two have never met.

A Woman Like Eve
Acclaimed actresses Monique van de Ven (TURKISH DELIGHT) and Maria Schneider (LAST TANGO IN PARIS) star alongside Peter Faber (SOLDIER OF ORANGE) in the groundbreaking film, A WOMAN LIKE EVE (1979), focused on a married woman’s affair with another woman. Directed by pioneering filmmaker Nouchka van Brakel, this acclaimed film was a major hit at LGBT film festivals and was the Dutch entry for Best Foreign Language Film at the Academy Awards.

The Lash of the Penitentes
Exploitation films were often ripped from the most sensational headlines of the day, and few headlines were as scandalous as those reporting a murder within the community of a masochistic religious cult in northern New Mexico. Los Hermanos Penitentes celebrated Lent by enacting elaborate tableaus of flagellation, self-mutilation, and crucifixion.

The Delicious Little Devil
A delightfully risqué silent comedy starring Mae Murray and Rudolph Valentino (The Sheik), presented in a 4K restoration by Universal Pictures. Murray stars as Kitty Maguire, the virtuous daughter of a washerwoman who loses her job as a hat-check girl. She is forced to make ends meet as a dancer at a roadhouse cabaret, but she can only get the job by pretending to be Gloria du Moine, the notorious mistress of the Duke de Sauterne (Bertram Grassby).

The Man in Search of his Murderer
Prior to emigratng to the U.S., where he would make such classics as The Spiral Staircase and The Killers, Robert Siodmak took a familiar black comedy premise and transformed it into a diabolical thriller. Heinz Rühmann, employing his trademark persona of the childlike naïf, portrays Hans, a despondent young man who decides to murder himself by hiring a burglar to commit the crime.

Hurt by Paradise (exclusive clip)
A young poet and an aspiring actress pursue their creative dreams, while supporting each other, as they navigate the balancing act of family responsibilities, modern dating and the inevitable strain of limited finances.

Running Naked (exclusive clip)
Ben and Mark, cancer survivors as teenagers, search out fun and adventure, after a piece of news forces each character to change their perspective on life. Their friendship is tested as old wounds are opened and they discover their true selves.

Space Dogs: Tropical Adventure (exclusive clip)
When a mysterious whirlpool appears in the Atlantic Ocean, astronauts Belka and Strelka must once again act heroically and complete a mission to save the planet along with the distant home of their new alien friends.

Mapplethorpe Director’s Cut (exclusive clip)
Robert Mapplethorpe was one of the most celebrated and controversial artists of the 20th Century. Mapplethorpe, The Director’s Cut features an all-new soundtrack and previously unseen footage of the artist’s childhood, his embattled relationship with his father and the Church, and the nuances of his photo process and key relationships with Patti Smith and powerhouse art collector, Sam Wagstaff.

Every Breath You Take
A psychiatrist, whose client commits suicide, finds his family life disrupted after introducing her surviving brother to his wife and daughter.

Amundsen
Roald Amundsen’s dream of reaching the North Pole haunts him throughout his life. He is obsessed with the idea of discovering the last unchartered lands of the world. While he wins the race against Robert Scott to becomes the first man ever to conquer the South Pole, Amundsen will sacrifice everything to be the first to explore the icy wastelands of the North Pole.

The Believer
Lucas suspects his wife is losing her mind when she claims demons are waging a war in their urban home. Eerie evidence is mounting that she may not actually be crazy after all, but what she’s about to tell him next is that he must do the unthinkable. 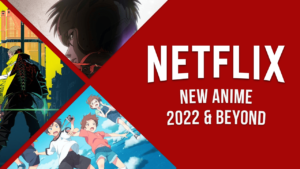