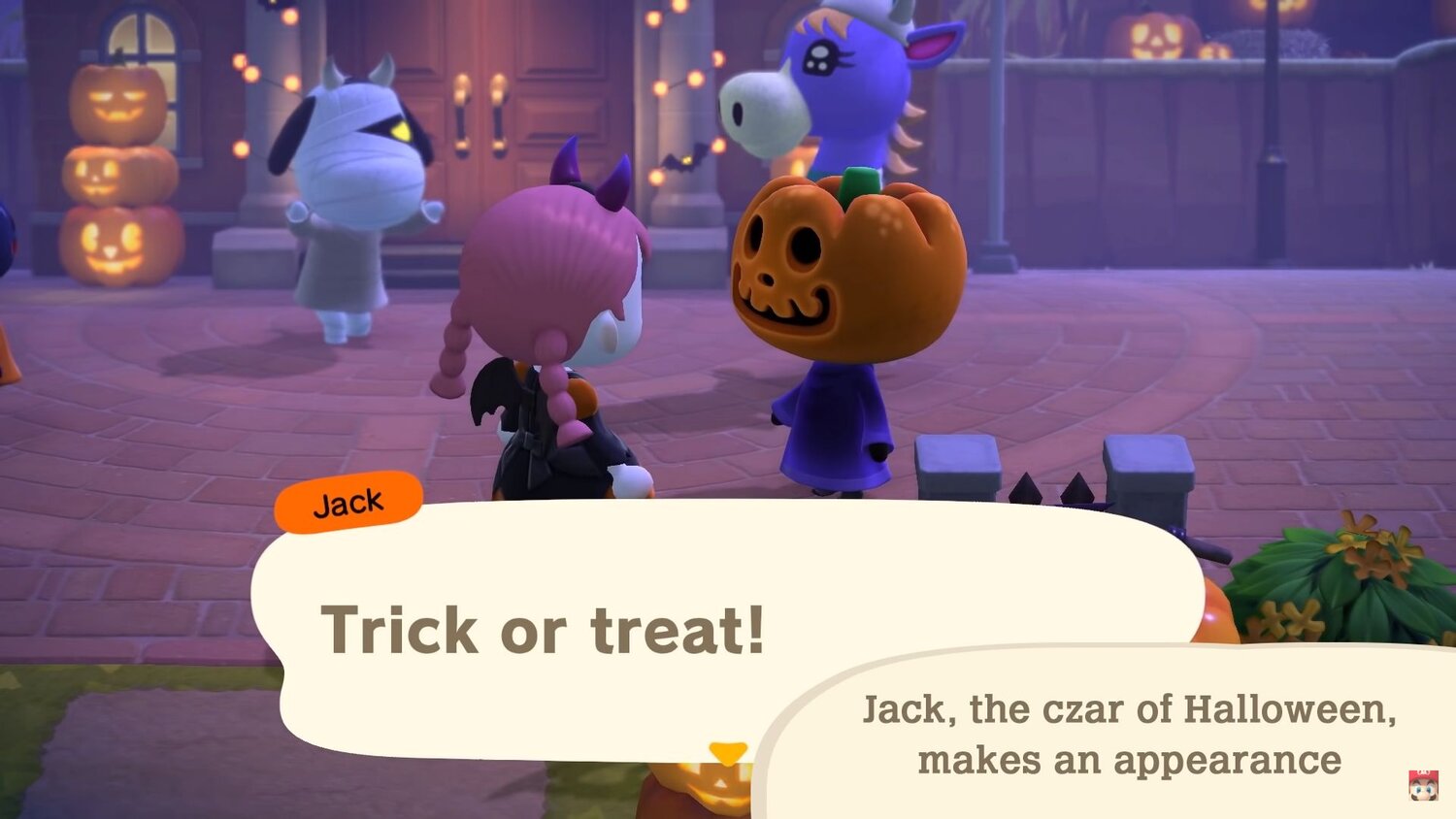 Nintendo has a treat for Animal Crossing fans. Starting September 30, Animal Crossing: New Horizons players will get a free update for the popular game that brings some spookiness to their island. Fans will be able to get ready for Halloween by collecting candy, planting pumpkins to use in DIY recipes, and create amazing costumes for your villager. Then, on Halloween night, Jack, the czar of Halloween will appear and it looks like some trick or treating will be happening. This is so freaking adorable!

There’s also going to be another update allowing fans to quickly react via NookLink in the Nintendo Switch Online app on their phones and another update is planned for late November which looks like it will be for celebrating Thanksgiving and Christmas. However, the Halloween one is sooner and just amazing.