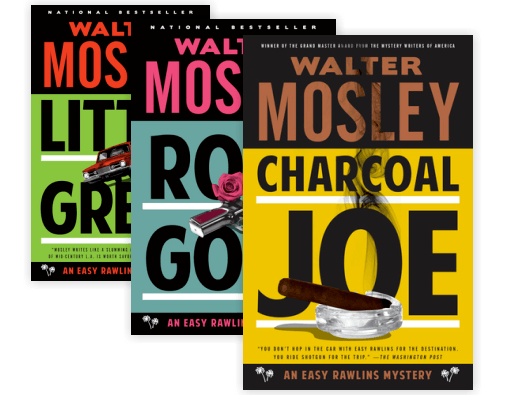 Amblin is set to adapt the Walter Mosley-written bestselling book series Easy Rawlins into a TV series. The gritty historical fiction mystery follows Rawlins, “one of literature’s most popular Black investigators,” and is “based on Mosley’s fifteen novels and collection of short stories centered on the WWII army veteran turned hard-boiled private eye, will be set in 1950’s Los Angeles. :

Per the logline, the show will “honor the great traditions of storytelling in the detective genre, while also “exploring the racial inequities and social injustice experienced by BIPOC and other non-white people.”

Sylvain White (Stomp the Yard, The Losers) is attached to executive produce the series and is also set to direct the pilot episode.

The last time Rawlins was portrayed onscreen was in the 1995 neo-noir crime thriller flick Devil in a Blue Dress, with Denzel Washington starring. It will be cool to see who they choose this time around. Maybe Denzel’s son John David Washington could play the part. It would be awesome to see him take that over. But whoever gets the role is sure to be pretty set, as there is a ton of material to work with, and with good writing, this show could be in it for the long haul.